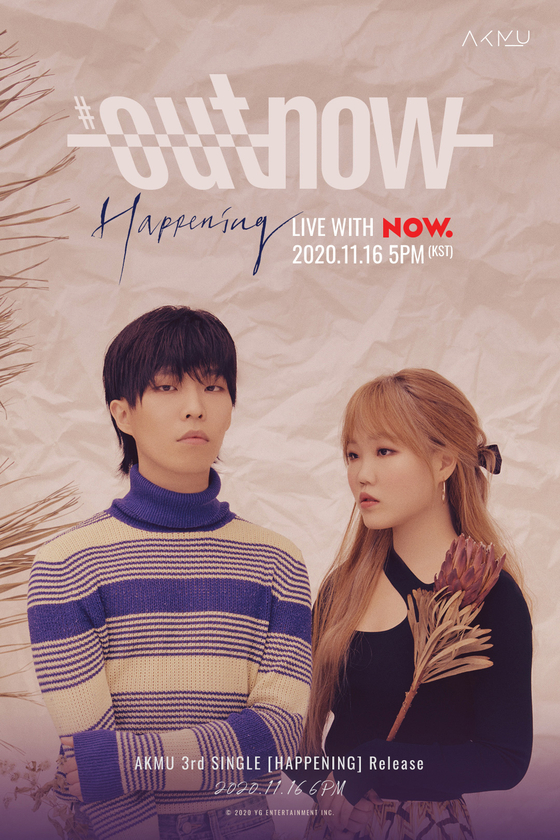 
AKMU will hold a special live show before it releases its new song “Happening” on Nov. 16.

The brother-sister group’s agency YG Entertainment said the duo will appear on live content service Now’s #OUTNOW on Nov. 16 at 5 p.m., an hour before the official release of its third single “Happening."

The duo will tease fans by singing part of the new song ahead of its release an hour later, according to the agency, before continuing the show with some of their well-known hits.

It’s been a year since the duo last released songs together. Lee Su-hyun, one-half of the duo with her brother Lee Chan-hyuk, released her first single “Alien” last month.