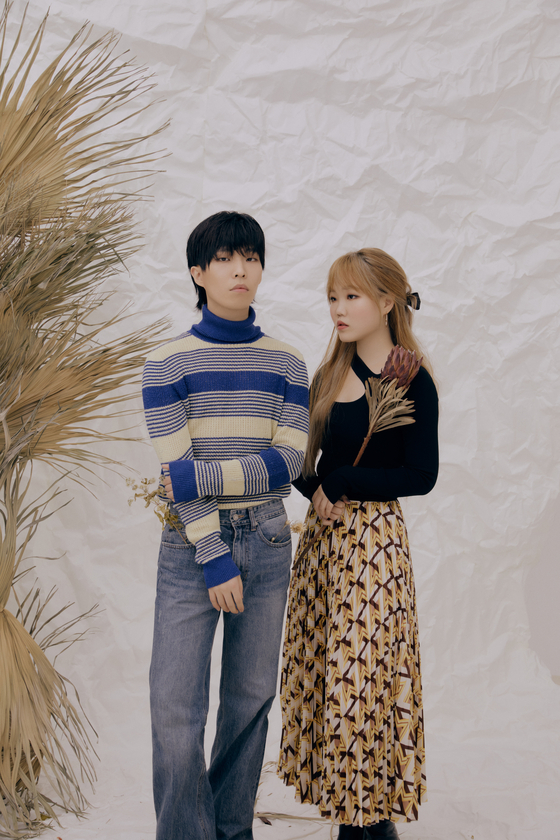 
YG Entertainment has officially renewed its contract with sibling duo AKMU to prolong their musical fellowship for another five years, the agency announced on Tuesday.

The renewal comes after the two bandmates of AKMU — siblings Lee Chan-hyuk and Lee Soo-hyun — first signed their contracts after winning the second season of channel SBS's audition program "Kpop Star" in 2013 and officially debuting in 2014 with YG Entertainment.

They have since flaunted their unique family power in the K-pop scene, with the brother Lee writing both catchy and playful songs as well as soulful and emotional ones, which are then completed with his sister's calming vocals.

Both singers expressed their content with continuing to work with YG Entertainment, with the brother Lee saying the agency provides support and freedom "like no other."

Sister Lee confirmed, "We would rather retire than leave YG Entertainment."

"It's usually the case that once singers complete their seven-year contract with their agencies, they often disband or change to another company," said YG Entertainment.

"So they usually try to renew their contracts for only short terms such as two years, but this five-year contract is a unique case that shows the trust that has been built between the two parties involved."