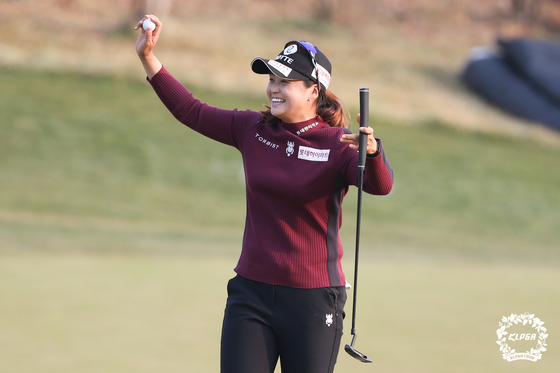 Choi Hye-jin celebrates after winning the SK Telecom-ADT CAPS Championship 2020 at La Vie est Belle Country Club in Chuncheon, Gangwon, on Sunday. Choi, who topped the Player of the Year award ranking this season despite only picking up her first win this week, walks away with 200 million won ($180,000) in prize money and her 10th career win. The tournament was the last event on this year's KLPGA Tour. [KLPGA]