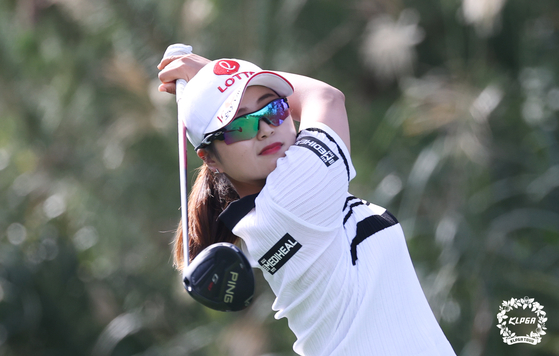 Choi Hye-jin tees off in the final round of the Elcru-TV Chosun Pro Celebrity in September at Island Country Club in Ansan, Gyeonggi on Sep.26. [KLPGA]


The 15th S-Oil Championship starts Friday as KLPGA golfers look for one more win at the second-to-last tournament of the season at Elysian Jeju Country Club in Jeju.

The most recent version of the S-Oil Championship was canceled in 2019 after the first day due to bad weather. Choi Hye-jin, who had carded eight-under-par to top the scoreboard after the first round, lost the chance to continue her clutch performance all the way to the trophy.

Choi is yet to win her first title this season, but had two runner-up finishes at the Hanwha Classic in August and Elcru-TV Chosun Pro Celebrity in September. She will be hoping to use her past experience on the course in this week’s tournament.

“I have great memories on this course,” said Choi at a pre-tournament interview.

“As much as I do, I have been preparing hard for the event. I feel comfortable on this course because I think the course suits me. Last time I was here, I hit great shots and putted well. I really want to win this week. I had many bogies recently and frequently missed my shots. I will do my best so that I can play to my expectations.” 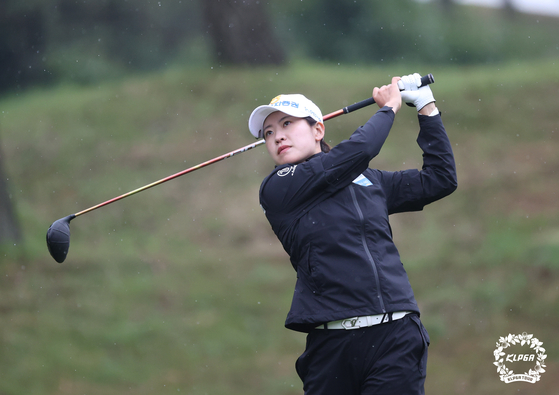 Park Min-ji tees off at the BMW Championship on Oct. 21 at LPGA International Busan in Busan. [NEWS1]


Choi will be facing serious competition from KLPGA favorite Park Min-ji, who is on the hunt for her seventh win of the season.

Park has been on spectacular form, especially toward the first half of the season, having won six titles and just narrowly missed out on her seventh trophy at the 21st Hite Jinro Championship in October, she finished tied for third at the Dongbu Construction Championship.

Her last two events were not as spectacular, finishing 70th at the BMW Ladies Championship and 32nd at last week’s SK Networks Seokyung Ladies. Park will be looking to find her form from the first day.

“My aim is to take the lead from the start on as it is a three-day event,” said Park. “I really want to play a good first round since I haven’t been able to do so for a while." 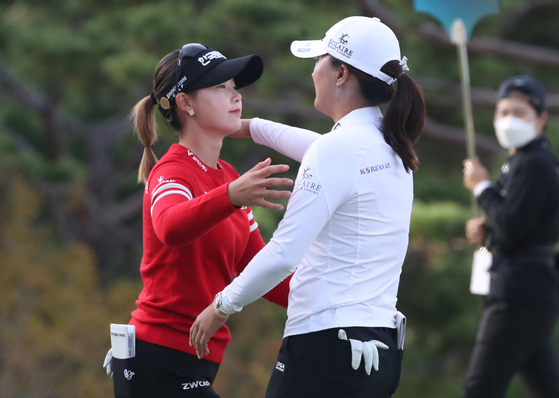 Lim Hee-jeong, left, and Ko Jin-young embrace after Ko wins the BMW Championship after a playoff against Lim on Oct. 24 at LPGA International Busan in Busan. [NEWS1]


Lim Hee-jeong will be looking for her second win of the season and maybe also to pass Park in KLPGA points.

Despite having just one win, Lim has finished in the top-10 at the last five tournaments, two of them being runner-up finishes. Just two weeks ago, Lim played an impeccable four bogeyless rounds at the BMW Championship but missed out on her first-ever LPGA title after a sudden death playoff against world No. 1 Ko Jin-young.


“I have been playing well recently,” said Lim. “So I will be playing to finish in the top three this time.”

The S-Oil Championship is a three-day, 54 hole event starting Friday.