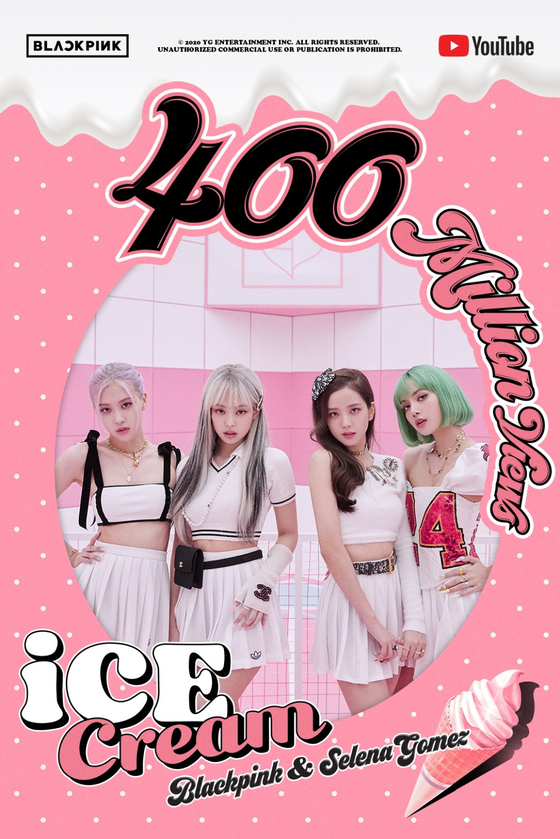 
Blackpink's music video for its single "Ice Cream" has been viewed more than 400 million times on YouTube as of Monday, just 80 days since it was first posted online, according to its agency YG Entertainment.

Including "Ice Cream," the girl group now has 10 videos with more than 400 million views, such as "How You Like That" and "Kill This Love," while its music video for "Ddu-du Ddu-du" is heading toward 1.4 billion views.

"Ice Cream," released in August, features American pop star Selena Gomez and reached No. 13 on Billboard's Hot 100 chart, the highest for any K-pop girl group ever.