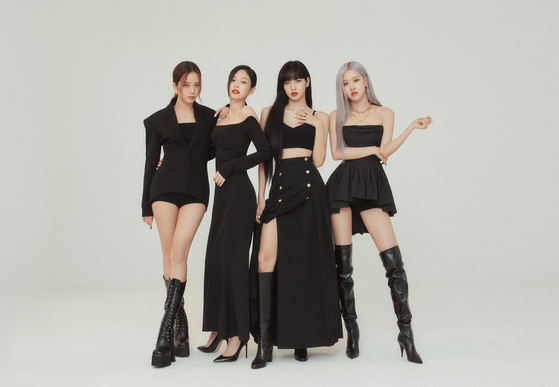 
Blackpink has added another of its videos to the already long list of videos with more than 100 million views, bringing the total to 25.

The girl group's performance of “Pretty Savage” for SBS show “Inkigayo” on Oct. 11 was viewed more than 100 million times on YouTube as of Dec. 27.

It has been 77 days since the video was published. It is also very rare for a performance on a music show, not a music video for a newly released song, to reach such a record, said Blackpink's agency YG Entertainment.

The song “Pretty Savage” is part of the group’s first full-length album “The Album.”

The number of followers of the group’s YouTube channel is also continuing to grow steadily, currently reaching over 55 million. Blackpink is the artist with the second-most subscribers on YouTube following Justin Bieber.