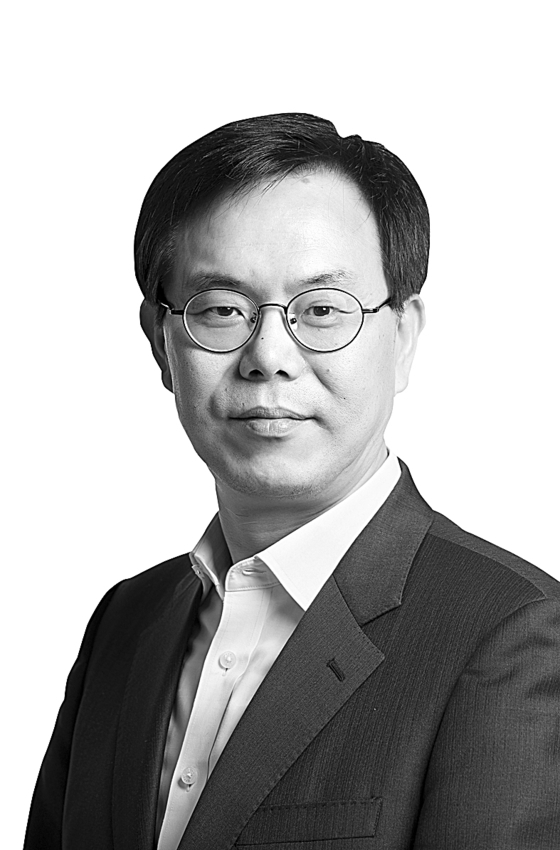 
Justice Minister Choo Mi-ae, in office since Jan. 2, should surrender her office. She is not likely to step down willingly. Her boss, President Moon Jae-in, had better save her from the agony by dismissing her for her own sake. She appears to have lost her senses after she tasted newfound power of law enforcement. Given the way she behaves, Choo lacks respect for the Constitution despite her title of justice minister, someone who is supposed to uphold civilian rights, keep the balance as a member of the administration and demonstrate discretion so as not to damage the governing power of Moon.

She is increasingly losing restraint and touch with the reality as her ego is fed by die-hard supporters who plaster her Facebook page urging her to continue with prosecution reforms and finish the “cleaning” of the judiciary by overhauling the court after becoming president herself. Extreme types like Choo are devoid of self-reflection and control. They could end up hurting themselves and others.

If such people are bestowed with senior titles and strong power, they can ruin the administration as well as the country. President Moon must spare her from further humiliation and destruction. He should free her to go back to her normal life.

Sacking her may not be easy. But in the longer run, he is doing her a favor by bringing peace to her soul. She may weaponize the confidential information she attained as justice minister to refuse the order. If she proves that dangerous, Moon must let her go. If he does not seat another extreme figure to the justice minister, he could at least avoid a catastrophe in the final days of his term. 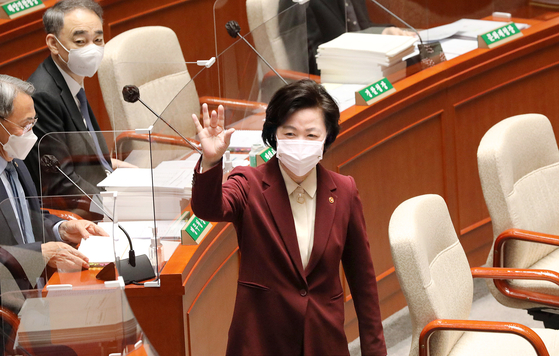 Choo, in fact, should be pitied. She is oblivious of the repercussions of her actions. Joo Ho-young, floor leader of the main opposition People Power Party (PPP), asked her if she was employing a “madman strategy.” The justice minister’s biggest task is to see through prosecution reforms to better protect civilian rights. The most valuable right to citizens in a modern democracy is freedom with their mobile phones. Civilian freedom will be devastated if the state gains control over phone access.

But Choo is proposing a bill enabling forcible unlocking of phone security if a suspect intentionally refuses access to his or her mobile phone and interferes with an investigation. The law will destroy civilian rights. Choo has lost eligibility to her title if her idea of prosecution reforms is to destruct civilian rights. Even progressive civilian groups are criticizing the move as a “violation of the constitutional rights to refuse testimony and privacy.”

She may not have bad intentions from the beginning. She would not be intentionally trying to violate civilian rights for prosecution reforms. Her eager devotion to the reform could have turned into an obsession in the harm’s way due to intense hostility toward Prosecutor General Yoon Seok-youl and his former aide Han Dong-hoon.

She should have contained her personal feelings for her public role. But she went astray from the reform goal as soon as she gave into her feelings. It is pitiful that the justice minister is unaware that what she is trying to do is destroy civilian rights. If Moon seriously wishes to keep the reform agenda alive, he must let Choo go.

As a politician, Choo was a big person. But as a minister, she was a disaster. She disgraced prosecutors solely based on testimonies from criminal suspects. Even those who supported her reform agenda would have been uncomfortable to see the justice minister distrust prosecutors more than criminals. She easily pardoned herself despite lying after a Seoul district court that cleared her and her son of any allegations about Choo exercising influence to extend her son’s medical leave during his military service. A higher Seoul prosecutor office will soon decide whether the case requires reinvestigation.