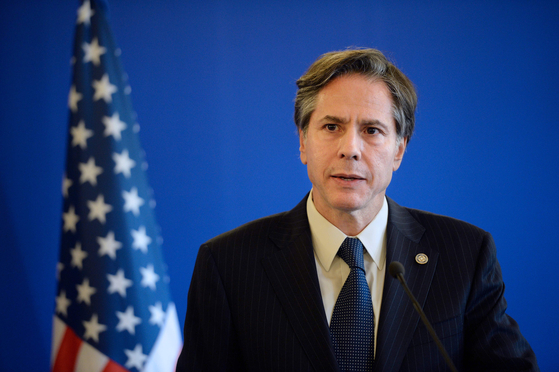 Antony Blinken, Biden’s pick for secretary of state, has been a vocal critic of incumbent President Donald Trump’s three summits with North Korea’s leader Kim Jong-un, noting they did little to advance the North’s denuclearization and left the United States more vulnerable than before.

A longtime adviser to the president-elect, Blinken served as deputy national security adviser during the Obama administration from 2013 to 2015, and deputy secretary of state under Secretary Hillary Clinton from 2015 to 2017.

He, like Blinken, has advocated a U.S. strategy toward North Korea that would put it into greater lockstep with allies in the region.

For the Moon Jae-in administration, which has been keen to revive diplomatic talks with Pyongyang, the concern is that the Biden administration could seek to repudiate the diplomatic gains made under Trump in favor of something akin to the so-called “strategic patience” policy of the Obama years.

While leaving open the possibility of talks, strategic patience in essence relied on sanctions to pressure Pyongyang into abandoning its nuclear ambitions. This objective failed, and by the end of Obama’s terms, North Korea had successfully conducted six nuclear tests and was gearing up to test an intercontinental ballistic missile.

If anything, the Obama policy only reinforced North Korea’s nuclear obsession, after it witnessed U.S. intervention in Libya — which Blinken supported, in opposition to then-Vice President Biden — help topple the country’s dictator Muammar el-Qaddafi.

In a New York Times opinion piece from June 2018, just ahead of Trump’s first meeting with Kim, Blinken outlined his view that the best kind of deal Washington could expect from Pyongyang would be something akin to the Obama administration’s 2015 nuclear deal with Iran.

That deal, one of the first international agreements Trump abandoned after gaining office, was meant to prolong Tehran’s “breakout capacity,” Blinken wrote, while a snapback clause on sanctions would “ensure Iran was making good on its [denuclearization] commitments.”

Blinken went on to advise that Trump pursue an “interim agreement that requires North Korea to disclose all of its programs, freeze its enrichment and reprocessing infrastructure under international monitoring and destroy some warheads and missiles in return for limited economic relief."

The nominee has also stood by the use of sanctions as a means to “squeeze North Korea to get it to the negotiating table,” as he stated in an interview last September.

South Korea’s Ministry of Foreign Affairs Tuesday welcomed Blinken’s nomination, calling him a figure with “profound understanding” of issues pertaining to the Korea-U.S. alliance and the situation on the Korean Peninsula.

As to Seoul’s views on the nominee’s sanctions-friendly policy for North Korea, the response was more nuanced.

“We do not regard as a fait accompli predictions made based on certain comments,” said a ministry official.

“We regard with deep importance [Blinken’s] past expertise on Korean Peninsula issues, and our various branches, including the North American department, are studying how to engage with him.”

Seoul’s anxieties about the new administration, however, do not just revolve around North Korea.

South Korean officials have been resisting the Trump administration’s pressure to include the country within a multilateral coalition of sorts — most clearly exemplified by the Quadrilateral Dialogue, or the Quad — aimed at isolating China.

Under Biden, who has made clear he would tighten cooperation with U.S. allies vis-à-vis Beijing’s assertiveness, such pressure on Seoul is expected to grow further.

Biden’s decision to use the term “Indo-Pacific” in his first phone call with Moon — a term coined by former Japanese Prime Minister Shinzo Abe as part of a larger vision to counter China’s rise — raised suggestions that Seoul would be expected to join the bandwagon. 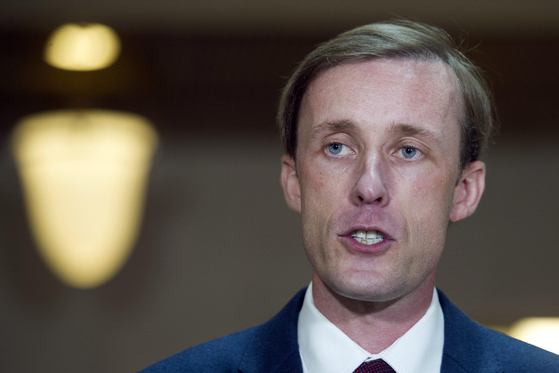 
Blinken and Sullivan have also strongly supported multilateralism — an anathema in the Trump years — as being central to U.S. strategy in the Asia-Pacific region.

Though cognizant of Beijing’s assertive intentions in the region, South Korea is reliant on China to fuel its heavily trade-dependent economy.

The share of South Korean exports going to China rose even further amid the Covid-19 pandemic, with the Federation of Korean Industries estimating that China is accounting for 24.3 percent of all exports this year.

Part of that expected multilateral approach from the Biden government may be to get its two key East Asian allies in the region, South Korea and Japan, to try to thaw their frosty relations.

Blinken, as deputy secretary of state under Obama, led quarterly trilateral meetings with South Korea and Japan to coordinate the three countries’ approaches to regional issues.

The Moon government’s recent attempts to improve relations with Japan may be anticipating these potential expectations from Washington, though Tokyo has so far refused to reciprocate.