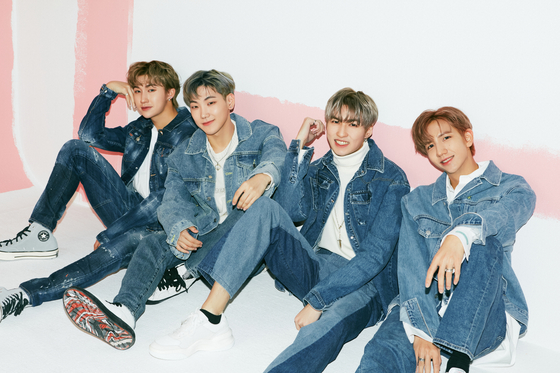 
A subunit of Taiwanese boy band C.T.O (Create Top One) is set to make its mark on the K-pop scene.

The four Taiwanese members — Snoopy, YC, Sean, and J. Win — will debut as a group in Korea under the same name, and the lead up to their official launch will be aired on MBC M's upcoming reality show "C.T.O Project-The Survival” next month.

The members gained popularity by appearing on China's largest video platform Youku's reality program "We Are Young” earlier this year.

In particular, YC drew attention in Korea for his resemblance to actor Lee Kwang-soo after appearing on SBS’s globally popular variety show “Running Man” through footage in July as Lee’s doppelganger. 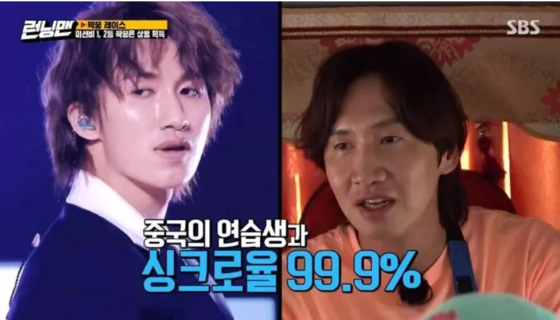 
"I knew my name was being searched on search engines,” YC said during a recent interview with Ilgan Sports. "Running Man is a really popular TV show worldwide, so it was an honor to be mentioned there. I saw a news article talking about how Lee Kwang-soo was shocked by our resemblance, and I was so proud that I even shared that article in group chats. My Korean skills are still lacking, and I’m still adapting to Korean culture, but I hope that if I get a chance, I can appear on Korean entertainment shows a lot, hopefully with Lee Kwang-soo."

The members started shooting "C.T.O Project-The Survival” just a month ago, but said they have already grown close to their vocal coaches and choreographers and consider them their parents in Korea.

"It's been about a month since we started shooting, and I’m already close to all the staff members,” Sean said. “Even though my Korean is still not so good, we were able to communicate well by mixing Korean and English. I can't wait to improve my Korean skills."

“I’m not fluent in English or Korean, but it was fun to communicate using body language. It was like taking a quiz,” Snoopy said.

YC expressed his excitement for the band's debut.

"I’ve always enjoyed listening to K-pop, so it feels good to be part of the K-pop music scene,” YC said.

"We once came to Korea to perform at the Asia Song Festival held in Busan in 2018,” Sean said. “That’s when I fell in love with the atmosphere of Korea, and it’s great to be back here."

“At first, I thought it wouldn’t be possible for us to make a debut in Korea,” J. Win said. “There was also some pressure because there are already so many talented K-pop stars.”

“When I was a trainee, YC and I came to Korea to take dance lessons, but it’s still hard to believe that I am here to make a debut,” Snoopy said.

The members all agreed that one of the best parts of Korea is the food.

"It's a shame I can't eat a lot of delicious Korean food because I am on a diet,” J. Win said. “When I came to Busan two years ago, I fell in love with tteokbokki [spicy rice cakes] and missed the taste of tteokbokki even after returning to Chinese-speaking regions."

"One of the reasons to come to Korea is to eat delicious Korean food,” Sean said. “I ate a lot of fried chicken and tteokbokki.”

Even though it has only been two years since the band was formed, the members have been together since they were trainees.

“It’s been five years since we got together as trainees,” Sean said. “We are so used to being together that even during our vacations, we call each other to hang out.”

“’C.T.O Project-The Survival’ is different from any other shows that we appeared on in the past,” Snoopy added. “It's a chance to get to know our real personalities, so please look forward to it.”

"We may be unfamiliar to Korean K-pop fans, but please look forward to seeing our performances because we are confident that we can present perfect shows," Sean said.