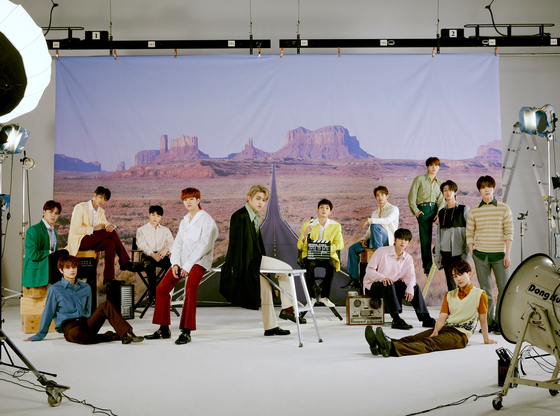 
Boy band Seventeen will perform the Korean version of its Japanese single "Fallin' Flower" at the 2020 The Fact Music Awards (TMA) on Dec. 12.

Seventeen released its second Japanese single last April and it sold more than 500,000 copies, according to the Recording Industry Association of Japan, going double platinum.

Seventeen was the only K-pop act to make the top 10 of Oricon rankings for singles released in the first half of this year.

The Korean version of the song at the awards will "give fans a special experience," according to the group.

The song carries a positive message that flowers may fade, but the end is always a new beginning — particularly relevant during the Covid-19 pandemic.

TMA will take place on Dec. 12 in an online format.

It will be streamed live around the world.