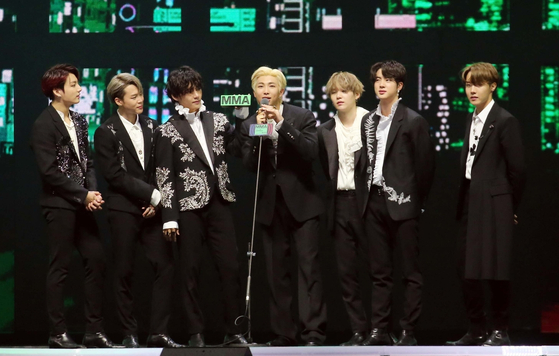 Started in 2005, the ceremony awards artists based on Melon's streaming data, votes and experts’ analysis. This year’s event will be held without an audience due to the Covid-19 pandemic.

Meanwhile the group is planning to release a new album “BE (Deluxe Edition)” on Nov. 20, for which members are reported to have actively participated in creating the tracks.

Melon Music Awards will be virtual again this year