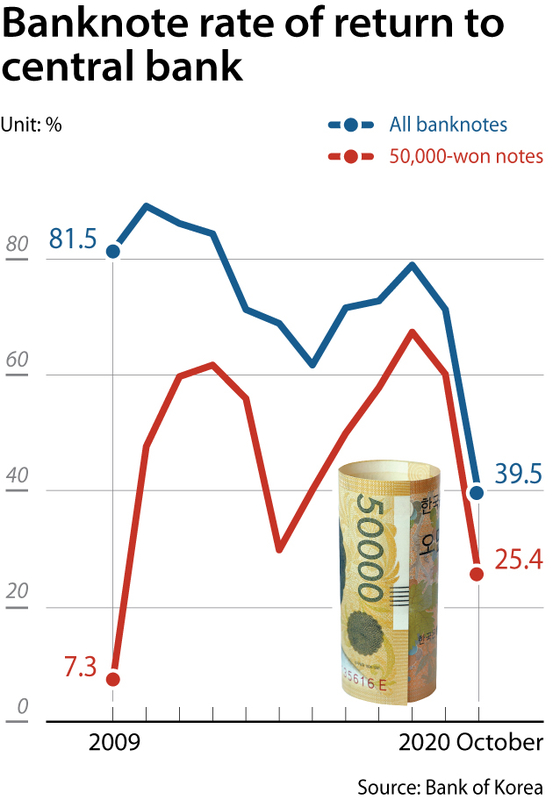 Bills are regularly returned to the Bank of Korea (BOK) by commercial banks with too many on hand as a result of deposits and for destruction because they are damaged.

The bank said that many countries have experienced the same drop in returns during the pandemic, as the demand for high-value notes has spiked.

This year, 21.9-trillion-won worth of the 50,000-won bills has been printed, and 5.6 trillion won of that has returned. The rest, 16.4 trillion won, is still out in the market. It is possible that the net printed amount, which is the total printed minus total returned, will break the previous record of 12.3 trillion won in 2015.

Concerns have been raised that this money is flowing into the underground economy.

The bank said the decrease in in-person commercial transactions at restaurants and lodging businesses along with people’s tendency to save banknotes during the coronavirus pandemic were the causes. According to the report, the central bank found that the input of banknotes into ATM machines at duty-free stores and casinos at tourist locations fell by a large amount, affecting the distribution of the banknotes.

“Other countries are exhibiting similar conditions, so it is unlikely that structure issues like the underground economy played a significant role,” said a spokesperson for the central bank.