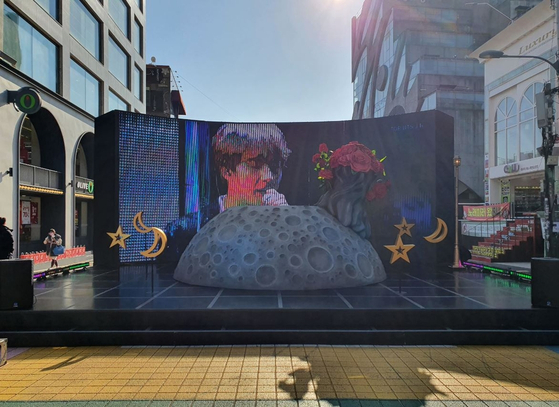 
Chinese fans of boy band BTS's Jin have gone out of their way to mark the popstar's birthday this year — dedicating an entire street corner to him.

According to Mapo District in western Seoul, the district office, along with Jin's China-based fan community “China Jin Bar," set up a special stage with an LED backdrop that features the K-pop star and erected several sculptures that are shaped like the Earth, moon and stars.

The stage, which has been set up on Tuesday, is located in the plaza near Hongik University's festival street and will remain there until Dec. 6.