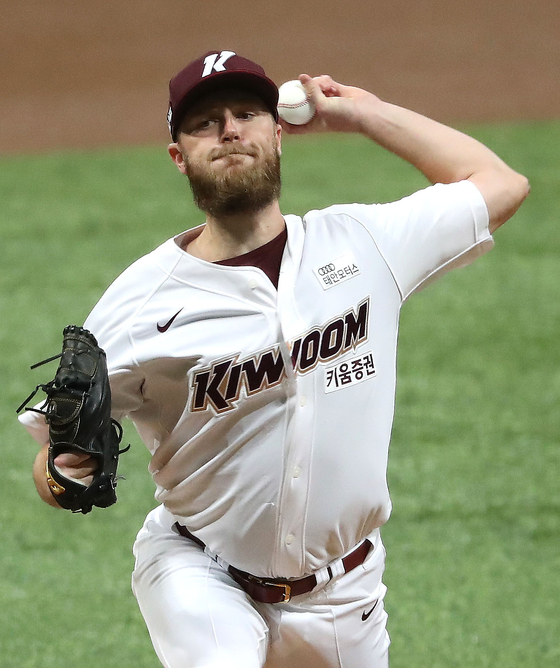 The Heroes announced that Jokisch agreed to a one-year contract at $900,000, which includes annual salary and incentives. With the signing, Jokisch will return to the KBO for his third season in 2021.

Jokisch made his KBO debut with the Heroes after signing a $500,000 contract for the 2019 season. In his first season in Korea, he picked up 13 wins and nine losses with a 3.13 ERA throughout 30 starts.

He returned this season on a $700,000 contract. Jokisch came back strong in his second season as he picked up 12 wins and seven losses with a 2.14 ERA throughout 27 starts. Although he didn’t make as many starts, his ERA was good enough for him to win the KBO’s ERA title this year.

Throughout his two seasons in the KBO, Jokisch picked up 25 wins and 16 losses with a 2.67 ERA.

Jokisch is the only foreign player to have re-signed his contract for the 2021 season with the Heroes, as the club has already decided to part ways with foreign pitcher Jake Brigham and fielder Addison Russell.

This season, the Heroes finished fifth in the regular season with a record of 80 wins, a tie and 63 losses to advance to the postseason as the wildcard team. They were the very first team to end their postseason campaign as they lost the wildcard series to the LG Twins.

Heroes look to shake things up at bat