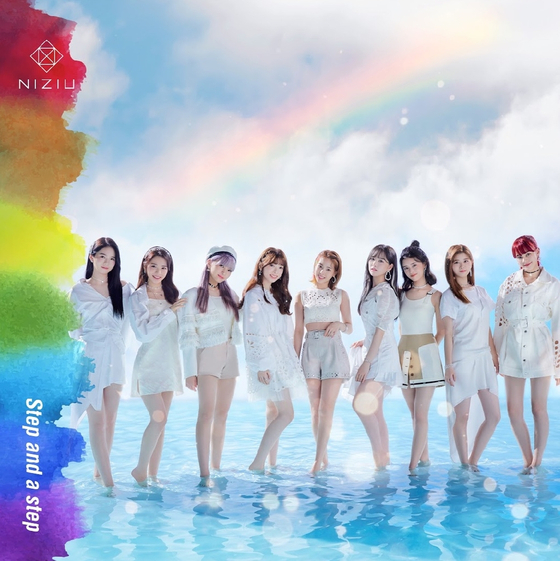 
JYP Entertainment’s latest girl group NiziU has topped Japan’s Oricon music chart with its debut album “Step and a step” released on Wednesday, according to the agency on Thursday.

The full album consists of four tracks including their title track “Step and a step” which was written, composed and arranged by JYP’s chief producer Park Jin-young. The song was pre-released on Nov. 25 and has already seen success on various Japanese music charts. The music video of another pre-debut song “Make You Happy,” which was also written and composed by Park, surpassed 170 million views after its release in June.

NiziU, formed by JYP and Japan’s Sony Music Entertainment, consists of nine members who were the final winners of the music survival show “Nizi Project.” The group was trained by JYP Entertainment.