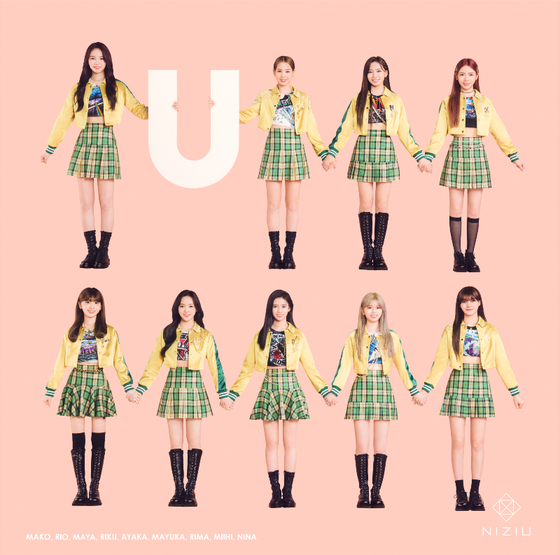 One of the teaser photos for NiziU's first full-length album, ″U″ [JYP ENTERTAINMENT]


Rookie girl group NiziU will release its first full-length album “U” on Nov. 24, according to its agency JYP Entertainment, and recently released three teaser photos for the album on the group’s social media accounts.

Two photos showcase the letter “U” by showing the nine members of the group surrounding the letter while holding hands. Another one shows the members inside a colorful U-shaped installation.

The title of the album “U” is inspired by the group’s name, which means “Need You,” and the name of its fandom, “WithU.”

NiziU debuted in December 2020 and is active in the Japanese entertainment scene. In July, two of the group's songs, “Step and a Step” and “Make You Happy,” surpassed 100 million streams on Oricon’s weekly streaming chart.