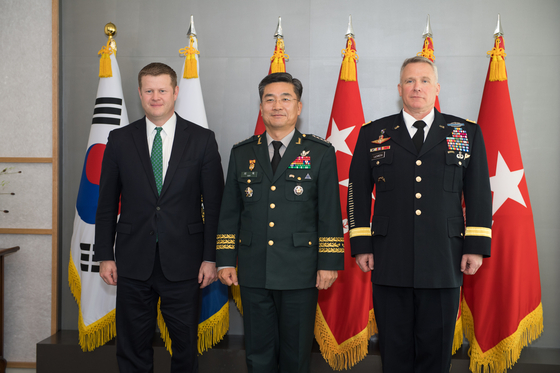 
The United States has informed South Korea of its intention to appoint U.S. Army Pacific commander Gen. Paul J. LaCamera as the next head of the U.S. Forces Korea (USFK) and the combined allied forces on the Korean Peninsula, according to multiple diplomatic sources.

The U.S. Department of Defense will announce the nomination within the next few days, said one source, who added the notice given to Seoul was a courtesy call.

Washington described the expected nomination as a “traditional” procedure that would not be affected by the change in the White House administration in January, and that a U.S. Senate confirmation hearing for the post was due sometime in February and March, the source added.

It was not immediately clear whether LaCamera’s nomination by the Pentagon was coordinated with the incoming Joe Biden administration.

The holder of the post of USFK commander also heads the United Nations Command, which oversees the armistice that ended the 1950-53 Korean War between the South and North.

A bilateral agreement signed between South Korea and the United States in 1978 also gives the USFK commander operational control of allied forces on the peninsula in wartime — a combined force that includes South Korea’s approximately 600,000 active duty troops as well as the 28,500-strong USFK.

If appointed, LaCamera would replace Gen. Robert B. Abrams, who has headed the USFK and UN Command since his confirmation in October 2018. USFK commanders typically serve in their posts between two and three years 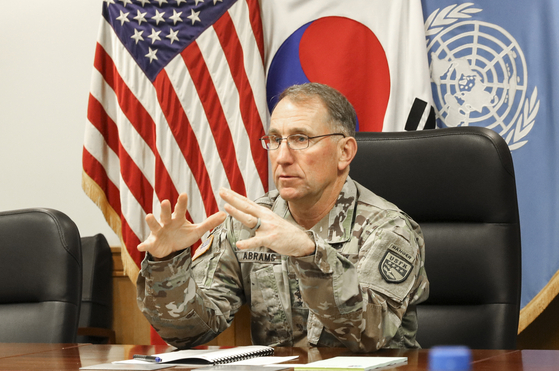 
A graduate of the U.S. Military Academy at West Point, the 57-year-old LaCamera was made commander of the U.S. Army Pacific in November last year.

As head of the unit, he oversaw the army component of the U.S. Indo-Pacific Command, holding jurisdiction over a vast theater encompassing the Pacific Ocean, South Korea and Japan. The U.S. Army Pacific also oversees the manning, training and equipping of the USFK, through the latter has operational control of allied forces in Korea in a contingency.

LaCamera has prior experience serving in South Korea, having been assigned in the past to the 2nd Infantry Division of the U.S. Eighth Army stationed on the peninsula. He also led combat troops in Afghanistan and Iraq, and was awarded the Silver Star medal for valor in 2003.

Most recently he visited South Korea in January, accompanying U.S. Secretary of the Army, Ryan McCarthy. At the time he met with then-South Korean Army Chief of Staff Gen. Suh Wook, who has since been appointed Seoul’s Minister of National Defense.

LaCamera’s selection to lead allied forces in South Korea comes amid growing tensions on the peninsula as Pyongyang continues to develop its arsenal of ballistic missiles.

Incumbent U.S. President Donald Trump’s election loss last month has cast a shadow on negotiations with North Korea over its denuclearization, creating an uncertainty that experts say Pyongyang could respond to with a major military provocation.

According to diplomatic sources, Washington also informed Seoul of its plans to appoint Adm. John C. Aquilino as the new head of the U.S. Indo-Pacific Command, the most senior U.S. military officer position in the Pacific. 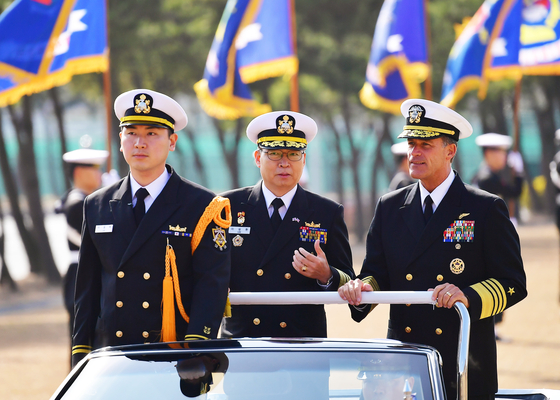 
Aquilino, who currently leads the U.S. Pacific Fleet, visited South Korea in February to discuss bilateral military cooperation. By taking over control of the U.S. military in the Pacific, Aquilino faces the task of enforcing the new administration’s geopolitical strategy to contain an increasingly assertive China.