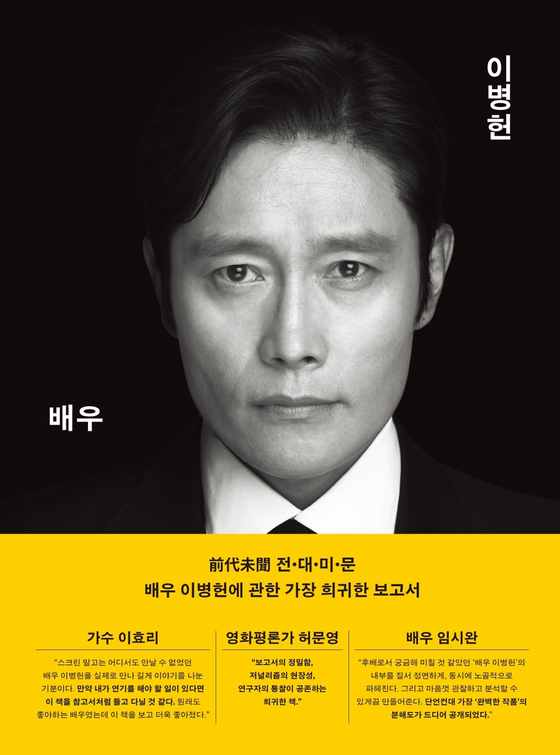 
The first edition of “Actor Lee Byung-hun,” a book that delves deep into Korea’s veteran actor Lee Byung-hun, sold out in less than three weeks, according to its publishing company, Una Labo Actorology, on Wednesday.

The 288-page book is written by former film journalist Beck Una and was published by her company on Nov. 26.

The book comprehensively traces who actor Lee is with interviews the author carried out not only with Lee but also with his closed friends as well as how Lee developed to become one of the most successful Korean actors to work in Hollywood since his debut in 1991. It also includes detailed analyses of Lee’s personas and performance styles.

It is divided into five sections: Anatomy, collaboration, analysis, interview and "Byunghunology."

The anatomy chapter introduces Lee's filmography, ranging from his earlier works like "Joint Security Area" (2000) to "The Man Standing Next" (2020).

The book was published to mark the 30th anniversary of Lee’s debut and as the first book of Beck’s “actorology” series.