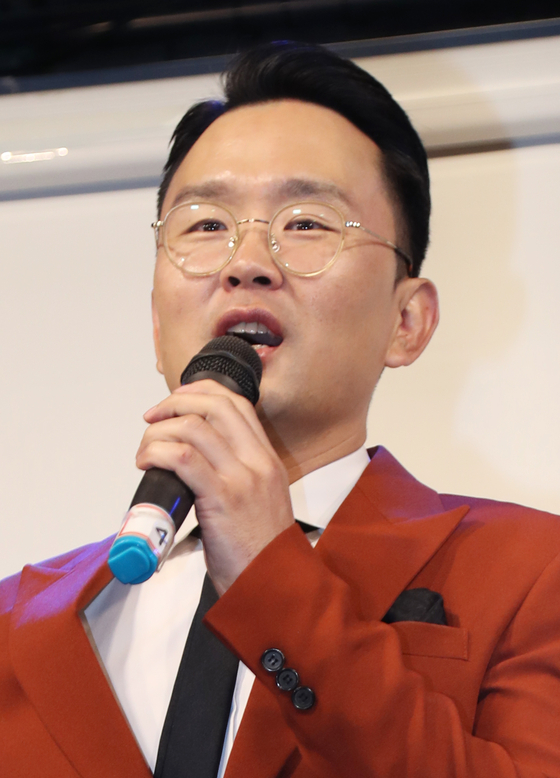 Busan Nambu police have started an investigation after an anonymous post online accused a comedian of exploitation and other offenses. It is not clear whether they are investigating the comedian for the alleged offenses or the commenter for making what could be defamatory comments, or both.


The unidentified 23-year-old worked for Yoon Hyung-bin at the comedian’s theater company in Busan in 2015 in hope of learning from Yoon and one day becoming a comedian himself. In the post, he said he was exploited by Yoon and that Yoon failed to intercede in ‘group violence’ directed at the comedian in training.

According to the police, it was Yoon who triggered the investigation, filing a complaint against the accuser.

“I report Yoon Hyung-bin,” read the post. “It started from small aggressions but soon people ranging from 25 to 40 were all against me, to bullying, beating, ignoring me and using violence and violent words against me, when I was just 19 years old.


“When I told Yoon Hyung-bin when I couldn’t take it anymore, he only blamed me and told me that I should cope with it because I’m young and that I didn’t do as I was told. He never took any measures, but sided with them to make them bully me more."


The accuser also claims he was denied a chance to stand on stage or try acting himself despite his wishes and was only given tasks in the sound unit. He was promised 1.5 million won per month, but only received 500,000 won, he said.


He claimed to have voice recordings of Yoon telling him that he should just cope with everything as well as records of Yoon not paying him the agreed upon wage.


“I will reveal the voice records on YouTube if Yoon Hyung-bin denies this all, not to the police,” he said.

Yoonso Group, which represents Yoon, said on Thursday that the accusations are false and that Yoon will press charges for defamation and the spreading of lies.


“He had been constantly threatening to spread false facts online,” the company said. “We reported him to the Busan police. The contents of the post are absolutely not true.”


The case is being handled by the criminal department.

Now it’s the police versus the government