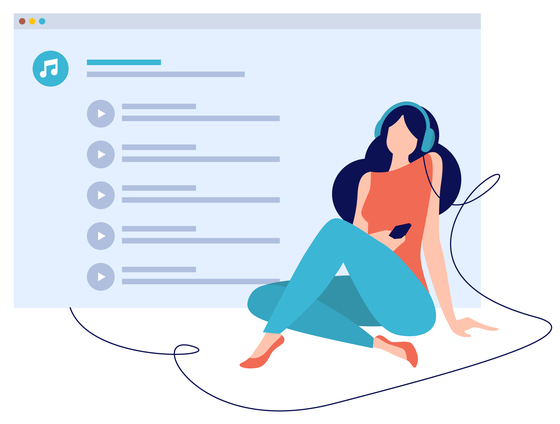 On Dec. 11, the Culture Ministry authorized Komca’s proposal for an amendment to its rules of royalty collection submitted to the ministry in July, with some changes made by the ministry based on the current Copyright Act.

According to the new clause, online video services — commonly known as OTT (over-the-top) services — will pay 1.5 percent of royalty for music used in cinematographic works, or videos, that are serviced on their platforms from next year. Videos with content that mainly concerns music, such as music programs or live performances, will pay 3 percent.

The decision comes as a result of a year-long battle between Komca and a coalition of OTT services including Watcha, Tving, wavve, Kakao TV and Lotte Culture Works. Local OTT services had not properly signed a musical royalty contract with Komca until this year, citing that no regulations exist on OTT services.

Komca tried to put a break on the practice and called for 2.5-percent rate, the same as what Netflix pays. Local OTTs offered 0.625 percent, which was based on Komca’s regulations for retransmitted broadcasting works established in 2006 when online retransmissions were limited to TV broadcasters’ websites or other televised platforms. 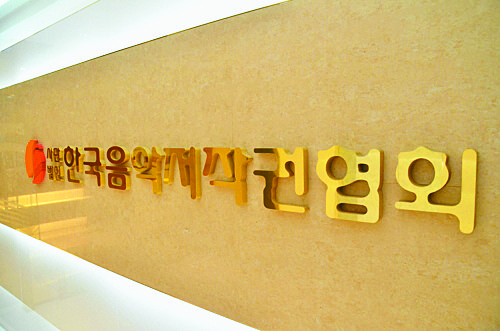 
The battle turned fierce when Komca submitted a proposal to the Culture Ministry in July for an amendment to its regulations that would allow it to collect 2.5 percent from all OTT services. It also sent a formal request to OTT services to pay up, to which they responded with 0.625 percent in September. In October, Komca pressed criminal charges against Lotte Culture Works, operator of local OTT service Seechu, for violating the Copyright Act. OTT services joined together to form the OTT Music Copyright Committee in July.

The Culture Ministry said its decision comes as a result of a four-month contemplation, taking into consideration arguments from both sides. It heeded the needs of 18 companies from July 27 to Aug. 10, as well as Komca and the Music Industry Development Committee, which was founded in July.

“The Ministry of Culture, Sports and Tourism considered both sides of the argument and balanced them out so that the new online video service industry, which is growing due to content distribution and dispersion, settles down well, while the rights of Hallyu content creators are justly protected to make sure that Hallyu continues,” the Culture Ministry said.

The ministry studied overseas cases and cited royalty rates for OTT services, with 3.125 percent in Germany, 3.75 percent in France, 2 percent nominally (1.5 percent in real term) in Japan and 1.9 percent in Canada. Although the number sits in the numerical center of the two claims, neither party seems satisfied.

“[The amendment] seems like the result of considering the local OTT services’ side a lot,” Komca said in an official press release on Dec. 14.

“The 2.5-percent royalty rate for video content such as films and entertainment shows is the universal rate internationally. We firmly advocated for that, but to see 1.5 percent as the rate leaves us dissatisfied.”

Komca also expressed its disappointment as well as concern for the fact that the decision may hinder existing contracts with other OTT services, which ultimately symbolizes “the sacrifice of creators for the price of OTTs’ growth.” Komca said it will submit a file to review the decision once again, but the OTT coalition plans to take it further and even file for administrative litigation against the Culture Ministry.

“We have decided to take strong measures against the decision made by the Ministry of Culture, Sports and Tourism for not only damaging the balance between parties involved but also for abusing its discretionary power to go against the legal justification as required by the Copyright Act,” the coalition said in a statement on Dec. 17.

“Should the Culture Ministry fail to accept our just demand [to review and amend the decision], then we will have no choice but to resort to legal measures including filing for an administrative litigation.”

The Culture Ministry said it will comply with necessary measures and provide any files should the litigation begin.

Video steaming translator to be developed by government