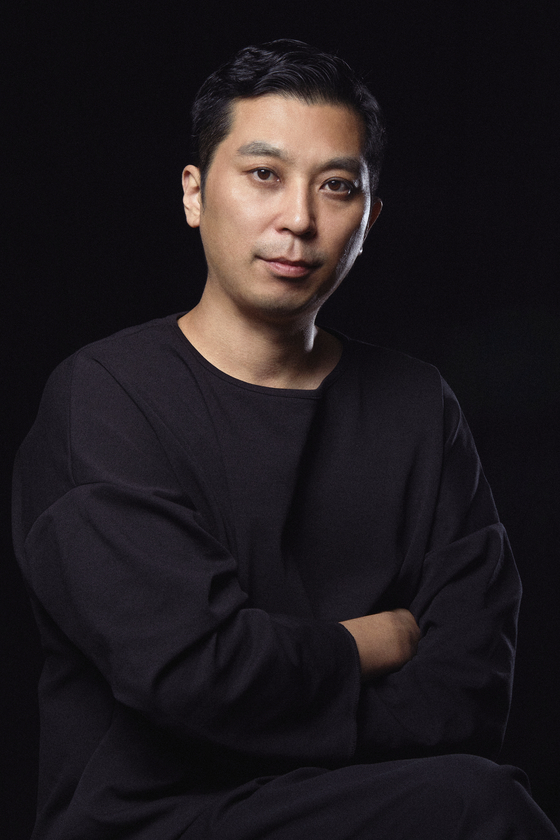 
When Netflix original series “Sweet Home” was released on Friday, it dominated online portal sites, communities and social media. While the series saw its fair share of criticism, the overwhelming response has been positive, with viewers praising high-quality visual effects technology used to create the monsters and the deep human connections among the characters as they fight for survival.

The story focuses on different facets of humanity as the main protagonist Hyun-su and residents of the apartment complex “Green Home” fight against people-turned-monsters, which are manifested from their deepest human desires. 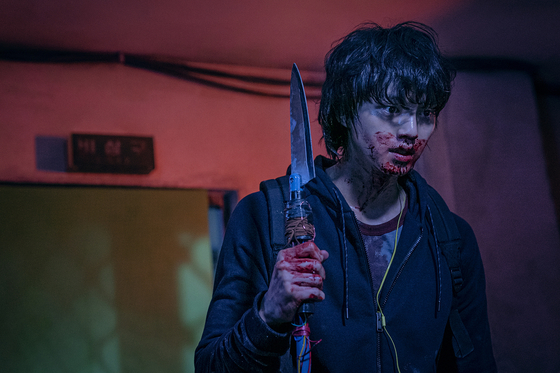 Hyun-su, an orphan who moves into Green Home, is one of the lead characters in "Sweet Home."[NETFLIX]


Even before its release, the series instigated whispers of anticipation and piqued the curiosity of the awaiting audience as it was adapted from the hugely popular Naver webtoon of the same title and is the work of star producer-turned-director Lee Eung-bok, who is also behind many mega-popular series such as “Guardian” (2016-2017), “Mr. Sunshine” (2018) on tvN and “Descendants of the Sun” (2016) on KBS.

Adapting a series from well-received original content has its pros and cons: while it may garner interest ahead of its premiere, if the visualization of the story does not match the expectations of the fans, backlash is likely to ensue.

It's why the first priority for Lee when he took on the project was to remain in sync with the high-quality plot settings and visualization of the monsters. 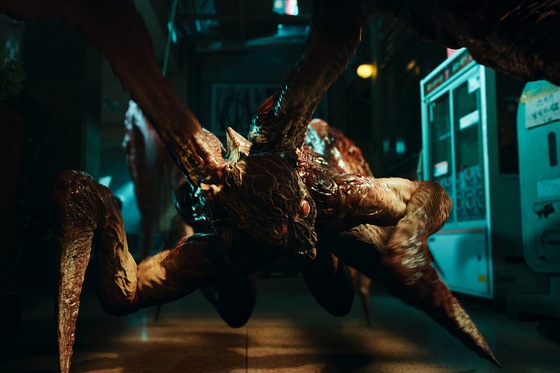 The spider monster which terrorizes the residents of Green Home. [NETFLIX]


“In the original webtoon, characters are really dimensional and situations are very descriptive, and I contemplated for a long time about the advantages of bringing the narrative to the screen,” Lee said during an online interview Monday. "I think because I was so caught up with getting the visuals right, I felt [relatively] less pressure."

It seems like Lee’s struggles paid off, as the series shot to the No. 1 spot on Netflix's most-watched list in eight countries, including Korea, and sits at No. 8 in the United States, No. 9 in Mexico and No. 10 in France on Monday. As for the United States, it’s the first time a Korean show has made it into the top 10.

“Other countries such as the United States have already advanced far in technology to visualize such genres involving monstrous creatures or zombies, but I think what was distinct about our series was the focus on clashes between characters, and the process of how they struggled not to become monsters,” Lee said. “We did our best to depict the monsters as closely as we could from the original, which was the most difficult part. We didn’t want them to feel awkward or artificial, and the series provided an opportunity for us to think about how we should approach screen projects and what we want to show to the viewers when adapting from original webtoons or novels.”

Lee said the solidarity formed among the Green Home residents is the most crucial factor in “Sweet Home.” 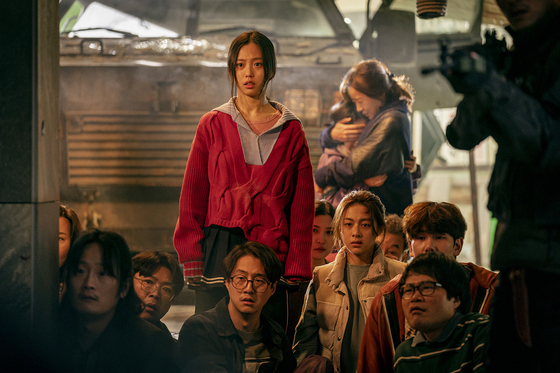 Residents of Green Home learn to stick together in the face of an apocalypse which turns people into monsters. [NETFLIX]


“If the story [only] focused on physically destroying the monsters, it would have felt like a game,” Lee said. “The solidarity between the people as they fight the monsters was most important, and I deliberated about how the residents come together in different situations.

“For instance, in the case of Ji-su and Jae-heon, although they start off as awkward neighbors, they part having formed a passionate relationship,” Lee said. “For Sang-wook and Yu-ri, they have parallel images: The former is a hit man who was, in a way, already a monster, while Yu-ri is a caretaker. How the two opposite human beings come together is an attraction that is as entertaining as fighting off the monsters.”

The "Sweet Home" series was not only Lee’s first time to try his hand at a Netflix show but was also his first time working with the horror genre; most of his previous shows had centered around romance. But after the experience he says he definitely saw the attraction the genre holds.

“Not only monsters, but I think the appearance of an enemy that we’ve never imagined is also an attractive topic,” Lee said. “But no matter where they come from—whether humans turn into monsters, or they fall from outer space or rise out of the depths of the ocean—what’s important is how people resolve the crisis and unite through humanity.”

Although the director appeared excited that the show struck a chord with the majority of viewers, he also seemed keen on following up on the criticisms and points on what the show lacked.

One of them was that as the show goes on, the narrative focuses on the stories among the residents rather than the fight against the monsters, which was a disappointment for fans who enjoy hardcore gore.

“I don’t think it was depicted well in the series, but in one of the endings of the webtoon, the muscle monster becomes giant through eating other monsters [and that’s why monsters are absent in the latter episodes]. After people get rid of the muscle monster, intruders—humans who are even more monstrous than monsters—come and mess up the complex. Their intrusion probes Hyun-su’s deepest desires to turn himself into the all-powerful monster," Lee said.

“I know some of the viewers were anticipating more gore, but I hope they will understand why monsters were absent from some parts of our drama,” Lee added.

The director also addressed local viewers' complaints about some of the soundtrack, which they pointed out felt out of place.

“In the case of Imagine Dragon’s ‘Warriors,’ I think for those of us who were [already] familiar with the music might have found it strange or baffling,” he said. “But for me the song really consoled me and I hoped it would become a cheer song for humans fighting the creatures. But I realize that there were parts where the song felt unexpected. The same goes for rapper BewhY’s ‘Side by Side.’ I felt the lyrics were cheering on Hyun-su, but [now] I see that [viewers] may feel differently.”

The ending of the first season leaves open the possibility for another season, and Lee hopes that will be the case but says nothing has been set yet.

“What I deliberated on the most [for the first season] is that if humans could understand each other without interaction,” Lee said. “There are moments in the story where people seem like monsters when they are blinded by the prejudice that comes from physical appearance or shape, and I think the original webtoon provided a good metaphor [of monsters] which represented various social issues such as the treatment of social minorities, racism and gapjil [power abuse]. I wanted to ask the audience how people could live together through interaction and if they could redeem each other.”