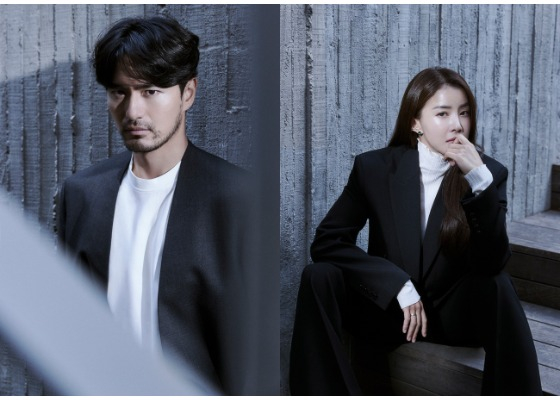 
The hottest — and certainly the spookiest — drama series these days is the Netflix original “Sweet Home,” and behind the most gripping scenes are two veteran actors: Lee Jin-uk and Lee Si-young.

“Sweet Home” is a zombie action series based on the Naver webtoon of the same title that began in 2017 and wrapped in July 2020. “Sweet Home” centers around Hyun-su, a recluse and an outcast cut off from the rest of the world, who loses his family in an accident and moves into an ancient apartment building called “Green Home.” He decides to take his own life, but before he can do that he finds himself in the midst of an apocalypse in which people turn into horrific monsters based on their greatest desires.

The Netflix series was visualized for the screen by star producer-turned-director Lee Eung-bok, who has taken the helm of other drama series that have enjoyed global fame such as “Guardian" (2016-2017) and “Mr. Sunshine” (2018) on tvN and “Descendants of the Sun” (2016) on KBS. Since its release on Dec. 18, “Sweet Home” became the No. 1 trending content on Netflix charts in Malaysia, the Philippines, Singapore, Taiwan, Qatar, Thailand and Vietnam and made it to the top three in the United States. 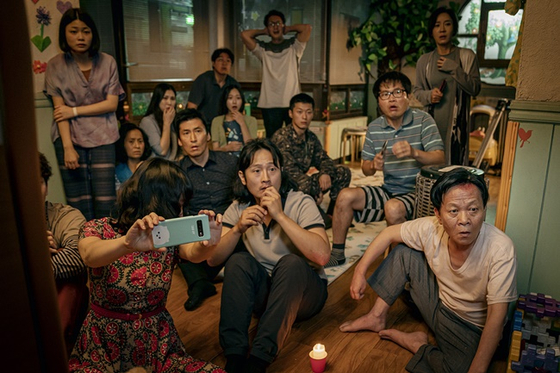 
Amid the lineup of relatively new and younger actors who have taken up the main roles in “Sweet Home,” the veteran Lees have acted as the two pillars of the plot. Lee Jin-uk takes on the role of Pyeon Sang-wook, a mysterious man with a dark demeanor who makes the inhabitants of Green Home uncomfortable, while Lee Si-young plays Seo Yi-kyung, a former firefighter and ex-special forces agent who is valued among the residents as they fight for survival.

For Lee Si-young, her character makes best use of the powerful and athletic image she is well known for. But for Lee Jin-uk, Sang-wook is a far cry from the melodramatic characters he has mostly portrayed in the past. Regardless, both actors feel grateful for yet another successful project.

What else did they feel? The Ilgan Sports, an affiliate of the Korea JoongAng Daily, sat down with the two actors for video interviews, conducted on separate occasions. The following are edited excerpts. 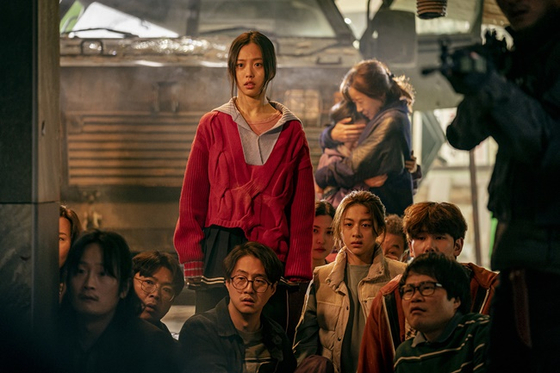 “Sweet Home” has been getting very good reviews since day one. How do you feel?
Lee Si-young: I’m so grateful to be a part of this series. I’m happy that people thought it was good. I think that it means people’s hard work paid off, and that makes me happy.
Lee Jin-uk: This is the first time for me to get feedback from a global audience. I feel a little bewildered, but it feels good and fun.


What are some things that you had in mind when you were trying to portray your characters?
Lee Jin-uk: It’s a character that a lot of people won’t expect when they hear the name Lee Jin-uk. I thought a lot about how I could do it well. I thought about how I could look and act cruder, and most importantly, how I could act as a man who lives his life like a monster then becomes more human as he becomes a monster.
Lee Si-young: I really enjoyed the original work. Because I played a character that wasn’t in the original, I had to rely a lot on what the director and the writer told me. We talked a lot about why we needed Yi-kyung, why she was crucial to the series and the history of Yi-kyung.


Why do you think the director cast you?
Lee Jin-uk: As someone who’s read the original work, I had a certain type of actor in mind for my character — you know, an actor with a large physique who would come across as frightening just from his appearance. That’s what I thought about the character, but the director said, “That would be too obvious.” I was surprised to have been offered the part, but the director said, “The awkwardness and the surprise that Lee Jin-uk would bring to this role would make it good to work with him.” As an actor, I am always open to all roles, but it’s not always the case in the eyes of the public. This time, it was possible because of the common will of myself and the director. 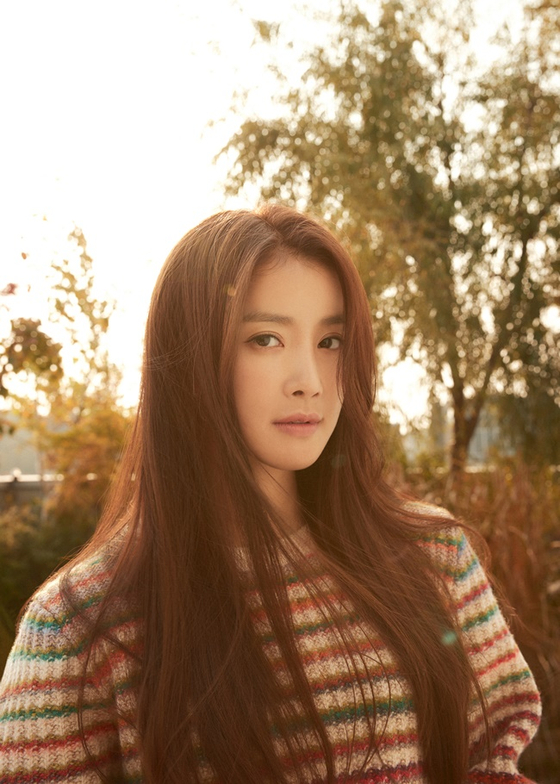 What do you think is the purpose of Yi-kyung, who’s not a part of the original story?
Lee Si-young: Yi-kyung is the only character who escapes Green Home. She’s the person who expands the universe. There are secrets she unravels along the way, as well as other incidents. That’s the biggest role that Yi-kyung has.


How were the action scenes?
Lee Jin-uk: I tried to pull off the action scenes without having second thoughts. I thought, “Should I be hitting this hard?” The actions had to be acted without a second thought when I was eradicating the bad guys. My character is a person who takes out evil with evil. Since that can’t happen in real life, I hoped that people would feel a sense of satisfaction through my character. It’s a drama about monsters, but I wanted to give people a refreshing feeling by seeing humans mercilessly taking vengeance on monsters.
Lee Si-young: There were a lot of things I could have done better. I wanted to keep myself from thinking that my character was a heroine. In a dystopic world, even the most ordinary people become powerful. A character that may seem weak or passive, regardless of their physical traits, can become stronger in the face of something they want to protect. That’s what I wanted to get across with this series. I wanted to bring out the supernatural power that comes from wanting to protect something precious. 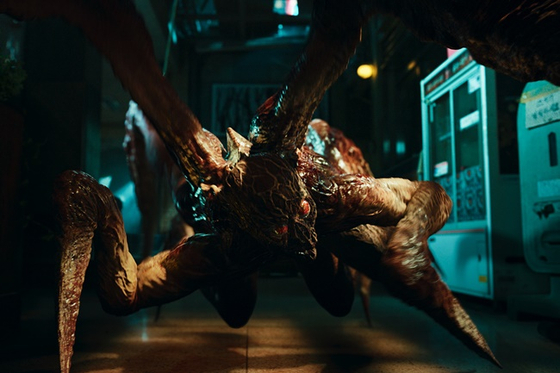 What did you keep in mind for the action scenes?
Lee Si-young: Being pregnant in a crisis, like Yi-kyung, could act as a disadvantage for survival. There would have been limitations in her actions, too. But I couldn’t act thinking about all of that. You don’t think about a lot of things in real life, either. It’s just instincts. I focused more on the urge to survive than on the thought that my character was pregnant.


Was it the need for change that made you decide to take part in “Sweet Home”?
Lee Jin-uk: Actors feel the urge to change every now and then. We develop a sense of guilt for repeatedly showing the same image of ourselves. But it’s harder than we think to change.
Everybody dreams of changing, but it’s not easy. It was the same for me. I felt a little scared with this work. I had the courage and confidence — but was still scared. I asked the director a lot of questions. I talked a lot with the director and worked hard. I wouldn’t say that I have succeeded, but I am happy to have heard a lot of good feedback so far. 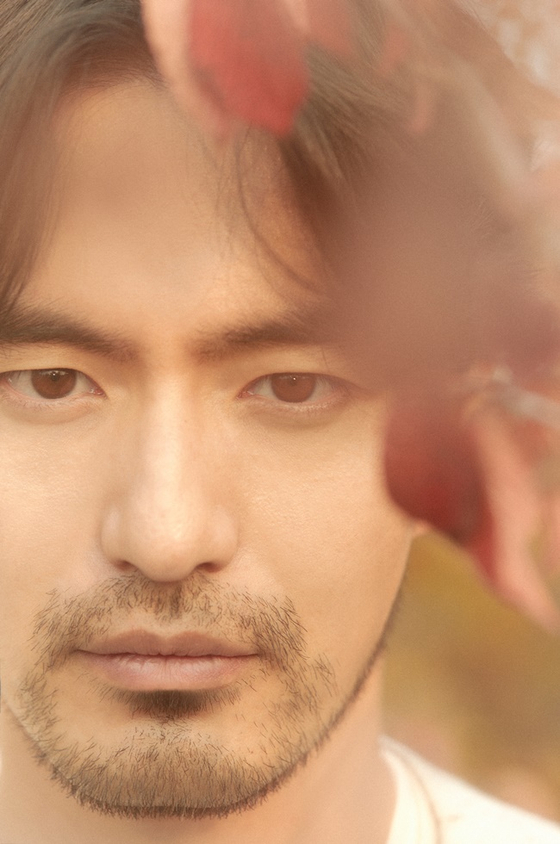 People say that they still see the melodrama in your eyes, even though you’ve transformed into a tough guy. How do you feel about that assessment?
Lee Jin-uk: I’m glad that people say that. I wanted to achieve that mood with [actor] Go Youn-jung. We talked a lot when we had an important scene coming up. I thought a lot about how I could feel more comfortable. Go is an actor with such surprising potential. She was shockingly good at bringing out her inner feelings.


How do you think your characters will develop if season 2 is made?
Lee Jin-uk: The show had 10 episodes and a lot of characters, so I wish I could have shown more. If it was longer, then there would have been more scenes to help people better understand each character, which we unfortunately had to go without. I think with season 2, the subtle developments in emotions and the process of change will be shown a lot more. I would like to try. I hope there is a season 2. I want to see how other characters grow, as well as the other actors.
Lee Si-young: I would really like to see season 2 produced. I really want to know what comes next in the story — how Yi-kyung, who went to find whether her husband is alive or not, is living, whether she had her child or whether she became a monster.