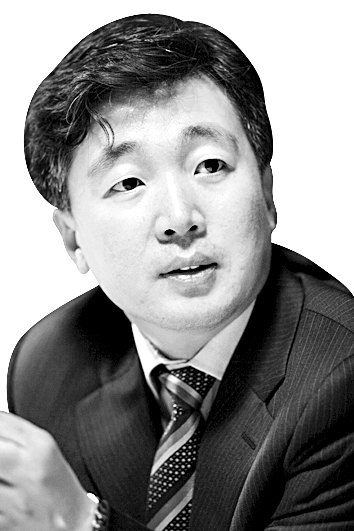 
I was embarrassed to see an unsettling government campaign poster on the bus. It had a photo of a man wearing a face mask and another man wearing a respirator and lying presumably dead in a hospital bed. A caption over the photo read, “If you do not stay alone now, you could be alone forever.” Another caption underneath said, ”Which mask would you wish to wear?”

It looked scary for a government campaign poster. Given their show of little care for the people, policymakers would not have minded if they were frightening the people — as long as they got the message through. It was in the same context as the shocking remarks from the chief of presidential staff who compared the anti-government protestors on Gwanghwamun Square to “murders” just for breaking the government’s social distancing rules.

The latest comment by President Moon Jae-in epitomizes his insensitivity to the feelings of the people. “Our achievement in democracy and human rights has become the very foundation of our success in controlling the Covid-19 spread,” he said on Dec. 17.

Social distancing rules impose a certain degree of restrictions on civilian freedom. Some of them are not defined by the law or voted for. Instead, they rely on voluntary agreements by community members. But there must be a limit to the extent. In some countries, there are complaints about infringement on civil rights in the requirement to wear face masks. In Korea, everyone wears one even without intimidating posters for them.

At the risk of their privacy being exposed, Koreans willingly submit their QR code wherever they go and stay home after 9 p.m. Rallies and religious congregations are also banned. As a result, we have so far kept infection levels manageable against the population number and avoided major outbreaks as in the United State and Europe. 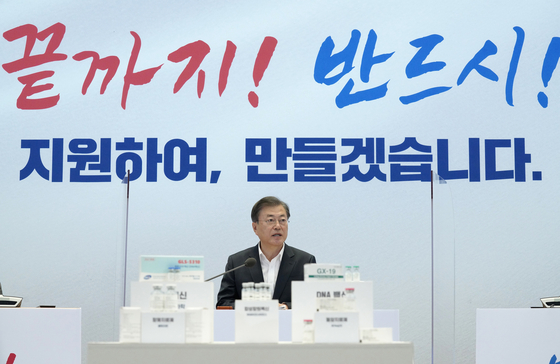 On a visit to SK Bioscience in Seongnam city, Gyeonggi, on Oct. 15, President Moon Jae-in urges its researchers and scientists to develop vaccines and cures for Covid-19 as fast as they can. [JOINT PRESS CORPS]

But our successful battle against the virus stops here. It is due to the maturity of the citizen. But the government takes too much credit. It claims to have standardized a new model for quarantine and believes it can export the model like K-pop. In his online address, President Moon also focused on ruminating on the success of Korea’s mitigation effort. No country — except China — would accept such rigorous social restriction measures Koreans have endured. How the government thinks it can offer a global standard is bewildering.

How many would agree that the maturity in democracy and human rights has bred Korea’s mitigation success is also questionable. The legislature enacted a ban on dispatching anti-North Korea propaganda leaflets and distorting the May 18 Gwangju Democracy Movement despite its obvious infringement on freedom of expression.

Korea boasts three Ts in quarantine — test, trace and treat. But the 3T measures have not been able to contain the virus. As the government neglected vaccines, it missed the most impartant part of the equation. Korea is now grappling with the absence of Covid-19 vaccines and a dearth of hospital beds and medical professionals.

All other state leaders have gone all-out to procure vaccines from the early stages. But Koreans do not have them, even after the government has drawn up four supplementary budgets to tackle the challenge from the spread.

The president must apologize and hurriedly spearhead vaccine procurement. But the Blue House went all defensive and blamed the cabinet and disease control agency. Government officials are no different. They don’t care for the feelings of the people who cannot imagine the end of the tunnel the president claimed he saw.