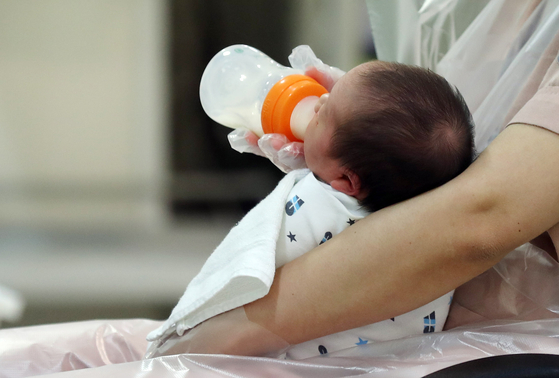 Korea as of Dec. 31, 2020, has experienced the first decline in its registered population on a yearly basis. The country has the lowest fertility rate in the world. [YONHAP]


Korea’s registered population dropped some 20,000 in 2020, marking the first-ever annual fall, the Ministry of the Interior and Safety announced on Sunday.

Korea’s registered population on the last day of 2020 amounted to 51,829,023, just 20,838 short of the population count on Dec. 31, 2019, according to the ministry. The ministry reached this figure by counting the holders of resident registration numbers, which anyone born in Korea or naturalized as a citizen holds.

The figure does not take foreign residents of Korea who do not hold citizenship into account. Their statistics are put together separately by the Ministry of Justice.

The main reason for the decline in registered population was a drop in births. Korea had 275,815 registered births, which, compared to 2019, was a reduction of 10.65 percent. Korea has the lowest fertility rate in the world at 0.92 as of 2019. Fertility rate is the average number of children a woman bears in her lifetime.

“One of the largest reasons for the drop in registered population lies with the [so-called] population death-cross,” the ministry said in its statement Sunday. “This is a phenomenon where the number of deaths in a year surpass the number of births.”


Korea has been experiencing slower growth in its registered population for years, but this was the first time that it saw a reduction on a yearly basis.

The ministry noted other population trends such as a continued increase in the elderly population aged above 60 and in the number of single-person households.

The ministry added that Korea as of 2020 is home to some 9.06 million single-person households, which account for 39.2 percent of all household types in Korea. The number of four-person or more households has been on a steady decline in the past few years. They used to take up a quarter of the total in Korea in 2016, but have dropped to 20 percent in 2020.

“The population count of 2020 marks the beginning of population decline in Korea,” said Seo Seung-woo, director of local administrative policies at the ministry in a written statement released by the ministry. “It signals a message to the government that it will have to recalibrate its policies [on employment, housing and welfare].”