Nothing says Year of the Ox like cow promotions

Nothing says Year of the Ox like cow promotions 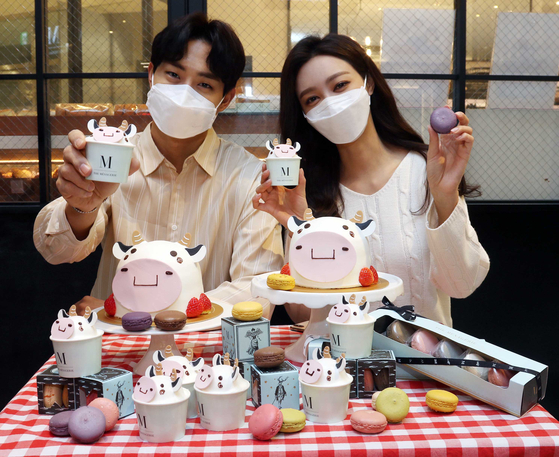 Ox-themed desserts introduced at Shinsegae Department Store’s The Menagerie in celebration of the Year of the Ox. [SHINSEGAE DEPARTMENT STORE]

To celebrate the Year of the Ox, retailers and food companies are going full cow.

Desserts, including cow-shaped cupcakes and cow-patterned macarons, cow watches and discounts on beef are some of the offerings that have already been introduced this year.

Hyundai Department Store is focusing online by offering a similar promotion throughout this month via the Hyundai Green Food platform. A 20 percent discount is offered on beef dishes, like bulgogi and galbijjim (braised short ribs).

For those with sweet tooth, Shinsegae Department Store has introduced ox-shaped cupcakes and ox-patterned macarons through The Menagerie bakery. A macaron set of five macarons costs 15,000 won, while a cupcake costs 7,500 won.

Maeil Dairies, which sells Maeil Milk and Sangha Farm products, collaborated with 7-Eleven to sell a roll cake made with easily digested milk, and Baskin Robins in Korea to introduce an ice cream cake shaped with a smiley-faced ox. 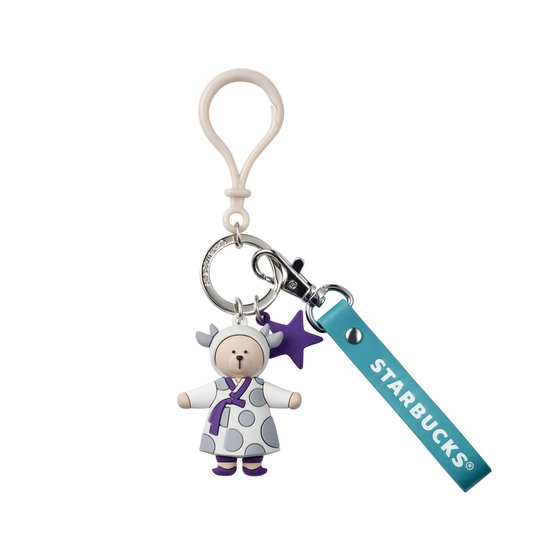 
Starbucks is offering a cow key ring and a mug with the face of a cow. CU also plans to introduce a limited number of cow-inspired blankets, mugs and lighters starting Thursday. Swatch released a watch with oxen images.

Department stores have been less proactive on new year promotions, as Covid-19 cases has reduced the number of customers.

The three major department stores — Lotte, Shinsegae and Hyundai — typically open the year with a promotion in January, but the continued spread of the Covid-19 has put brakes on their annual event.

“The operational hours of department stores are the same as usual under Level 2.5 social distancing measures — to 8 p.m. on weekdays and to 8:30 p.m. on weekends — but we’ve decided not to hold promotions this year to minimize gathering of the crowds,” said Yoon Ji-sang, a spokesperson for Shinsegae Department Store. “We’re offering sales through our brands though.”

The decision was in response to a Seoul city government document sent to the three major department stores requesting them not to hold promotions in January.