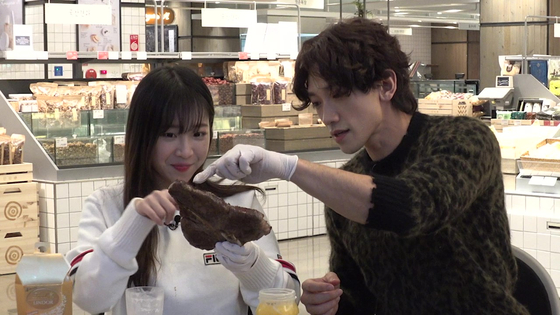 Mukbang YouTuber Tzuyang, left, and singer Rain will appear together on his YouTube channel ″Season B Season″ at 8 p.m. Thursday. [JTBC]


In the first episode of singer Rain’s new YouTube series “Season B Season,” mega-popular mukbang YouTuber Tzuyang, who has over 3 million subscribers, will be appearing as a guest.

In the episode, Rain and Tzuyang visit a food hall in a department store, where they gather a selection of food to enjoy. If they are able to guess the total price of the food correctly, the production staff pay, but if they're wrong Rain will have to cover the cost with his own personal credit card.

Rain, who’s revealed that he is a fan of Tzuyang, will personally grill meat for her while the YouTuber shows off her mukbang skills. The duo will discuss personal details about their lives, including the time when Tzuyang announced that she will be retiring from YouTube in August due to malicious comments.

“Season B Season” is a YouTube channel co-launched by Rain and JTBC digital studio Lululala which has accumulated over 50 million views.

The episode will be available from 8 p.m. Thursday.