The entertainment industry finally takes on the 'D' word

The entertainment industry finally takes on the 'D' word 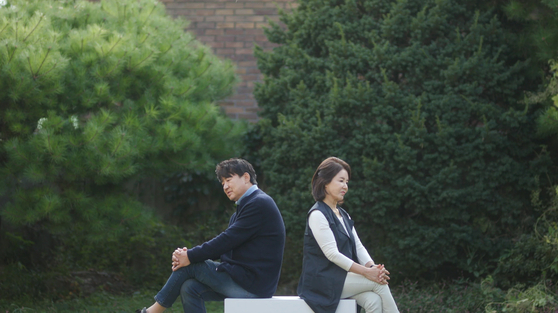 A preview of TV Chosun's reality show ″Love Again,″ which invites celebrity couples who have separated and makes them live under one roof again for a period of time. [TV CHOSUN]


According to Statistics Korea, approximately 239,000 couples got married in 2019 while 111,000 got divorced, bringing the divorce rate to 46 percent.

In Statics Korea data accumulated from 1990 to 2019, the average ratio of divorce to marriage was 31.4 percent. In other words, we now live in a world where three out of 10 couples have separated.

Despite the commonality of it, Korean celebrities and television shows have refrained from using such themes, perhaps due to the sensitivity the issue tends to bring and also an invisible, but a very widespread, social norm that sees divorce as a failure.

However, that precedence may be changing in the entertainment industry as celebrities are no longer afraid to publicly share their divorces.

Former basketball star and entertainer Seo Jang-hoon was one of the first to speak openly about his divorce from television personality Oh Jung-yeon, even letting other members from the JTBC variety show “Men on A Mission” continuously tease him about it throughout the episodes.

Seo even used his past separation as a recurring entertainment theme consistently as a panel in the SBS show “Same Bed, Different Dreams: You Are My Destiny” in 2016, and openly talked about his divorce on 2017 when he featured as a guest through SBS talk show “Healing Camp, Aren’t You Happy.”

In other television shows he even does not hesitate to offer relationship advices to others. 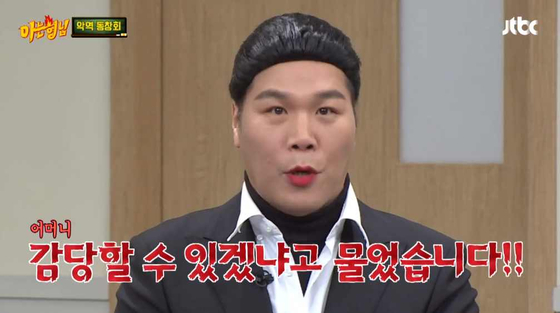 Former basketball player and entertainer Seo Jang-hoon was one of the first celebrities to openly talk about his divorce on television. [JTBC]


“Going through a divorce doesn’t mean that you need to go into the dark,” Seo said on variety show “Broadcasting on Your Side” which aired on MBC.

Another model and entertainer Kim Sae-rom, who divorced star chef Lee Chan-oh in 2017, appeared on an episode of the MBC show “Radio Star” on Jan. 6 and declared she will become “an icon of divorce.”

“It’s been four years since I got divorced, but the first word that immediately pops up next to my name is ‘divorce,’” she said. “Since it’s a past that I won’t be able to just hide, I think I would like to become an icon of this field like Seo.”

Kim also revealed an interesting anecdote of how she melted her wedding ring into a pendant and engraved the words “I will never make the [same] mistake again.” 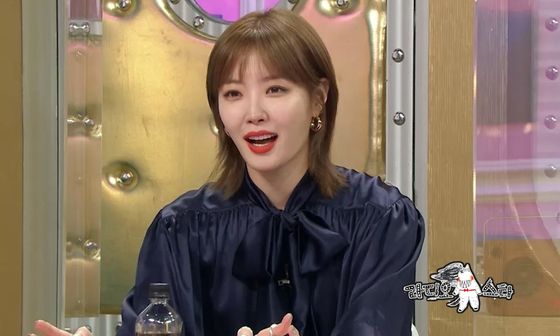 
Individual stars opening up about their private lives is one thing, but now there are variety shows which focus solely on celebrity couples' relationships.

For instance, “Doomed Marriage,” the R-rated variety show airing on cable channels SKY and Channel A, receives actual anecdotes about couples’ relationships and has actors enact them on screen. Celebrity couples also feature as guests and open up about their personal lives and what difficulties they have faced in their marriages. 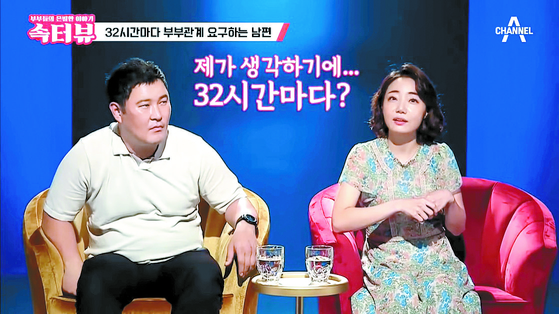 In variety show ″Doomed Marriage″ airing on Channel A, celebrity couples openly about the most personal moments in their marriage. [CHANNEL A]


In another reality show “Love Again” airing on TV Chosun, the program invites divorced couples — be they actors, entertainers or YouTubers — and makes them live under one roof again to look back on their relationships.

For one couple who stars in the show, YouTubers Choi Go-gi and Yoo Cat-nip, the show's panel and viewers have been pushing for a reunion of the separated couple.

While divorce lawyer Choi Yu-na views it as a positive change for the industry to finally bring divorce-related subjects to the table for discussion, she disapproves of the way the show is handling the matter.

“[Divorce] is something that anyone can go through in their lives, just like child-bearing or marriage, but this particular subject has been avoided by the media, which is why I believe it to be a positive change,” Choi said. “I find the show entertaining but find it regrettable that the viewers and the panel still hope for reunion[s]. It’s memorable that the show respects divorce as a choice people make in their lives and focuses on the relationship after the separation, but there still lies a strong perception that maintaining a happy family is considered the ideal family form. I believe the show could still earn sympathy [from the viewers] if it cheers on [and respects] the choices that the individuals have made.”

Psychology professor Kwak Keum-joo of Seoul National University, however, evaluates that different attitudes toward divorce reflect that of a society, and vice versa as well.

“[Perception toward divorce] has changed in mass media,” Kwak said. “How divorce can become a theme to joke about, or how reality shows like ‘Love Again’ highlight relationships after divorce, can be a reflection of how social perceptions are changing. And media is quick to respond to the shift because people don’t react to content if it’s too far apart from society. They don’t want to come off as being too radical, but the media often becomes the pioneers of such changes while society follows them.”

Choi, on the other hand, after being in this business for a decade, hopes divorce could be considered as casual just like any other kind of choices people make in their lives, which is one of the primary reasons she’s running her own Instatoon, or short comic strip on Instagram, titled “Marriage Red,” where she depicts divorce cases adapted from her own clients.

“Divorce doesn’t need to be a notion that it’s a marriage failure — it can be a difficulty that one goes through in their life,” Choi said. “[When my clients come to me] I saw them trapped in their own stereotypes of divorce. They are the ones who are suffering the most, but I wondered why they had to be tormented, care about how [their divorce] is perceived by others and be imprinted as [a failure].”

Actor Jo Yoon-hee, who finalized her divorce from actor Lee Dong-geon last May and raises her daughter as a single mom, appeared in SBS program “About Pet” last month and talked about the hardships of raising a child alone.

“Familial relationships have become so much more diverse — people separate, they marry again and form a family, single moms and dads, and there are those who chose not to marry,” Prof. Kwak said. “So [the media] needs to break away from only showing the conventional family dynamic of two biological parents and two children. It doesn’t mean they should encourage divorce, but I believe it’s their role to show the good and bad sides of all kinds of different familial forms.”

Actor-singer Han Groo has divorced husband, been granted full custody of their twins