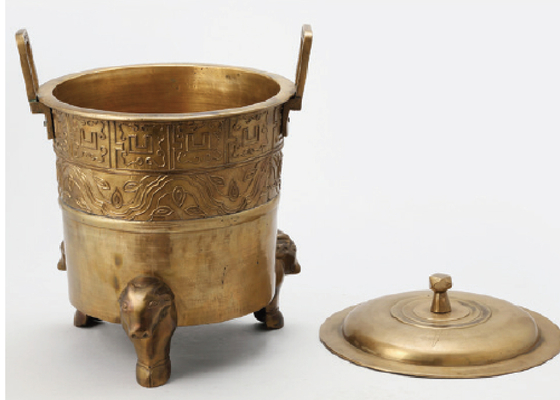 To mark the Year of the Ox, the National Palace Museum of Korea is introducing a royal relic known as Woojeong, which is a container that was used to carry boiled beef to ritual sites. Information on this royal relic is on the museum’s YouTube channel. The upper and lower parts of its legs are adorned with the head and hooves of cattle, respectively, and the Chinese character for cattle is inscribed on the cauldron’s lid. [CULTURAL HERITAGE ADMINISTRATION]