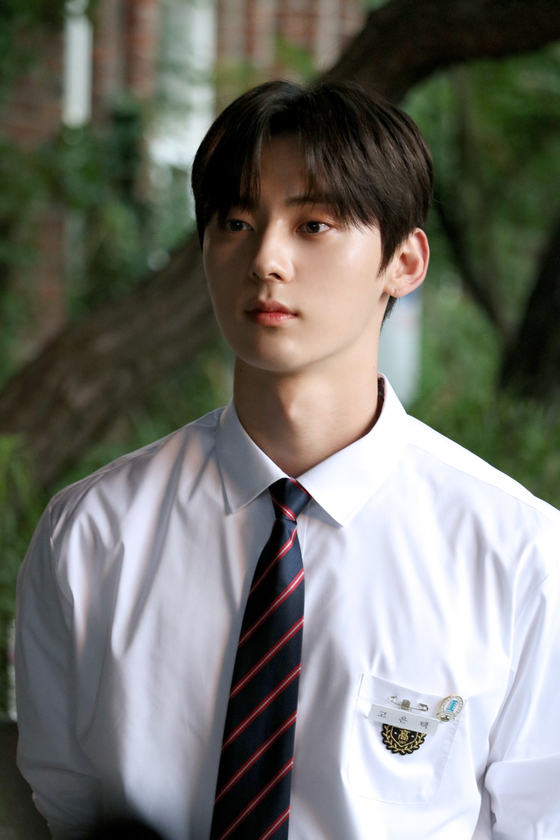 
Idol group NU’EST member Hwang Min-hyun has met with fans via the small screen over the past eight weeks, but he hasn't been singing or dancing.

Hwang took on his first lead role in JTBC’s drama “Live On.”

His character Go Eun-taek is usually a firm believer of sticking to his principles, but when he meets a friend named Baek Ho-rang, played by actor Jeong Da-bin, with whom he shares his most personal stories with, he learns how to deviate a bit from the rules he set for him. He evolves to feel more emotions and embrace his past struggles so that he can get one step closer to making his dreams come true.

Hwang sat down with the Ilgan Sports, an affiliate of the Korea JoongAng Daily, for an interview. Below are edited excerpts.

Q. How does it feel now that "Live On" has finished?
A. I’m happy as I spent unforgettable times with people during filming. All the emotions I felt as I played the role of Go Eun-taek really gave me a chance to grow personally. I’m so thankful for the audience and my fans.


Is there any particular scene or line that is most memorable for you?
I think the very last scene of episode 7 was so memorable. Baek after long consideration confessed everything on a live show and Go goes to her and hugs her. That was the moment when all the misunderstandings went away and the two main characters really opened up to each other. I still feel warm when I’m reminded of that scene. Many viewers showed their love for that scene as well.

What were the things you wanted to focus on?
As my character who used to be cold becomes more warm and caring as he meets Baek, I tried to make that transition as smooth as possible.

Did you feel a lot of pressure as the lead actor in the drama?
Before the filming started, and even after it started, the burden that I was the lead was so big. I thought practicing is the only way to relieve that pressure. I think I have always prepared more than I could imagine. The encouragement from fellow actors and staff on the set was the biggest help. 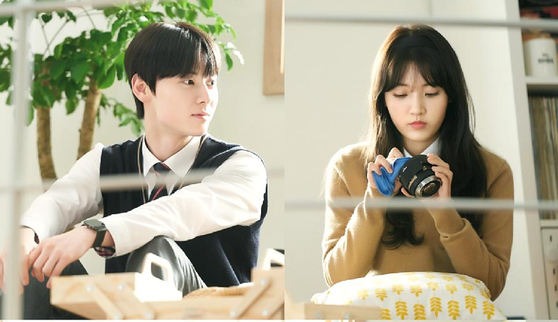 
I have tried to make the character as lively as possible according to my research. If certain scenes were not good enough for others, that meant I needed to work harder to show the audience the result of how I understood the character. I needed to learn how my understanding were reflected in my acting. I have grown the idea that I need to learn more.


Do you think you portrayed your character well?
I have tried to make the character as lively as possible according to my research. If certain scenes were not good enough for others, that meant I needed to work harder to show the audience the result of how I understood the character. I needed to learn how my understanding were reflected in my acting. I have grown the idea that I need to learn more.

Were you reminded of your own school life?
I spent most of my school life practicing as a trainee. I was very envious of my character that he accumulated so many memories in school doing all his [extracurricular activities.]

Is it difficult for you to do both acting and singing?
As a singer, I find it charming that I can communicate with fans as I perform on stage. As an actor, it is so attractive that I get to live the life of someone else.

Is there anything else you want to share with fans?
For the three months I spent for filming, and another two months when the drama was on air, I was never happier. I feel too sad to let go of the character and I hope many remember the character as someone strong and someone who knows how to share a piece of his heart.