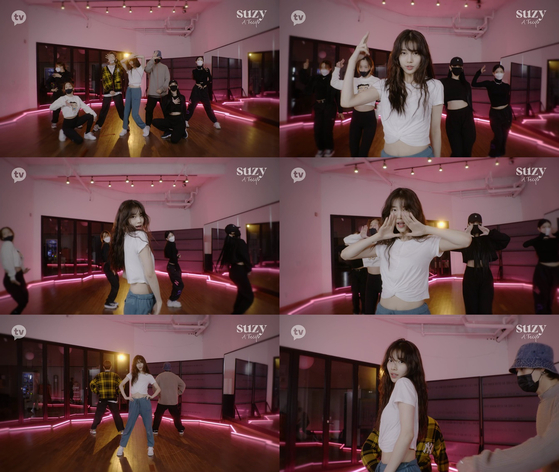 A collection of screenshots featuring singer Suzy dancing in a video unveiled ahead of her upcoming online concert on Jan. 23. [KAKAO TV]


Singer Suzy released a dance teaser video to her song “Yes No Maybe” on Monday, ahead of an online concert for fans to celebrate the 10th anniversary of her debut.

“Yes No Maybe” is the title song of her solo-debut mini album “Yes? No?” released in in 2017. In the latest teaser video she performs some new dance moves with updated styling for a 2021 remake.

Suzy also plans to release a new song, which she wrote and composed, as part of the celebrations for her 10th anniversary.


The concert will be released in Korea through Kakao TV. For international fans, it will be livestreamed through the official YouTube channel of K-pop media outlet 1theK Originals.