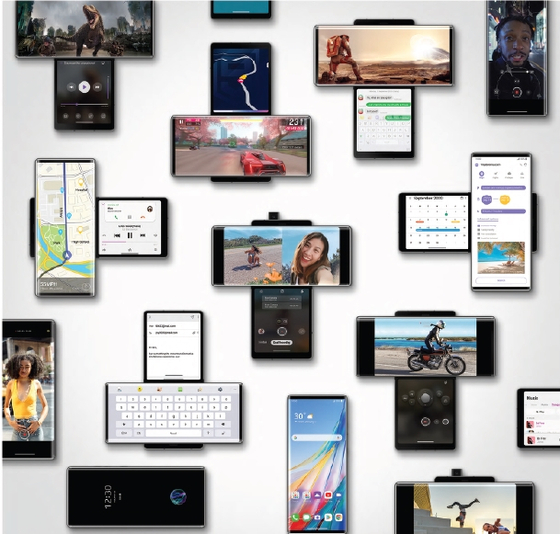 The rumor mill was vindicated Wednesday when LG Electronics admitted what was obvious to many: It may have to quit its money-losing phone business.

The company said in a statement that it “leaves open all possibilities to determine the future direction of its mobile communication [MC] division,” following media reports that it is attempting to sell off its smartphone division.


Still, the electronics maker failed to specify what the future direction will be: Going forward or a major retreat.

LG acknowledged its struggle with phones in the face of stiff competition with Samsung and Apple at the top end and Huawei, Oppo and Xiaomi on the bottom.


“LG Electronics' smartphone business is now at a stage where its competitiveness needs to be coldly and impartially judged. And we should make the best decision accordingly,” the company said.


CEO Kwon Bong-seok indicated in an email to employees that a significant change is on the horizon for the division, writing, “Employment [at the mobile communication division] will be maintained no matter how the decision about operation and management of the MC business is decided.”


LG's smartphone division has posted losses for 23 consecutive quarters, which means it hasn't made a profit since the second quarter of 2015.

Analysts often described the phone division as a drag on the stellar performance of the company in such areas as home appliances.

“LG’s 2021 performance depends on how much its mobile and automotive businesses cut their losses,” said Park Hyung-woo, an analyst at Shinhan Financial Investment.

Investors appeared to welcome the news as shares of LG Electronics surged 12.84 percent to 167,000 won on Wednesday.

“Investors now have a clearer sense of the fate of the smartphone business,” said Koh Jeong-woo, an analyst at NH Investment & Securities.

Koh cited a tough business environment in the smartphone segment, as well as LG’s failure to carve out a niche in the market.

“We are not living in a time where every smartphone maker grows and makes money,” he said, “LG failed to turn it around with the release of its highly anticipated LG Wing and couldn’t benefit from U.S. sanctions against Huawei.”


LG Chairman Koo Kwang-mo's stated strategy is to focus on sectors in which it can stand out — including home appliance and automotive parts.