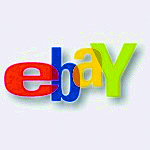 eBay may be selling its Korean unit, which operates Gmarket and Auction.


The company “has initiated a process to explore strategic alternatives for its Korean businesses,” San Jose, California-based eBay wrote in a statement on Tuesday.

“In an effort to consider all value-enhancing opportunities, the company is evaluating options that will maximize value for its shareholders and create future growth opportunities for the business,” eBay added.

“The statement doesn’t say eBay will be selling the Korean unit, but that’s what the words suggest,” said a spokesperson for eBay Korea.

eBay, which is traded on Nasdaq, has been under pressure to sell off businesses, and last year the CEO was replaced. It sold its events-ticket marketplace StubHub to Viagogo for $4.05 billion in 2020.

Unconfirmed reports of the sale of eBay Korea were published in early 2020, but the recent statement is the first confirmation from the company that a deal is possible.

eBay has 183 million active buyers, and about 11 percent of its annual revenue comes from Korea, according to a report from Bloomberg. The report added that eBay’s growth has been slower than its rivals, like Amazon, as people have flocked online during Covid-19.

Total transactions made through eBay's websites in Korea stood at 19 trillion won ($17 billion) as of 2019, which is around 14 percent of total online transactions. The amount spent in Korea on online shopping in 2019 was 135 trillion won, according to data provided by Statistics Korea.

Unlike other major e-commerce operators, like Coupang and SSG.com, eBay Korea has been profitable, and has been so since 2005.

Competition in the e-commerce market has been intense as Korean companies are losing money hand over fist in their efforts to emulate the success of Amazon. Amazon itself is trying to take share in the market and announced plans to purchase 30 percent of 11st in November, according to media reports.

“The online market will be restructured starting in 2021,” analyst Kim Myoung-joo from Mirae Asset Daewoo said. “Depending on the company acquiring eBay Korea, competition in the short-run will intensify.”

The sale price for eBay Korea is estimated at around 5 trillion won, according to reports from local media outlets, including Chosun Biz. Possible buyers include Lotte, Shinsegae and Hyundai Department Store, which are struggling online against Coupang and Naver.