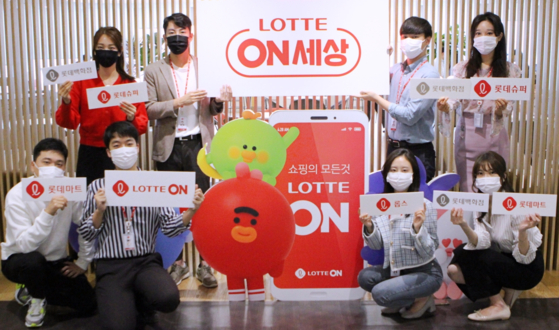 
E-commerce laggard Lotte Shopping is trying to make the best of its situation after the opportunity to buy eBay Korea passed it by.

The No. 5 player in the market is saying that the asset itself would have been difficult to absorb and expensive to integrate and that it is better to seek investments that work well with its existing operations.

It is also starting to restructure its operations to be more competitive in e-commerce.

Last week, Lotte Shopping walked away the eBay Korea auction after Emart offered around 4 trillion won ($3.6 billion) versus Lotte Shopping’s 3 trillion. If it had succeeded in purchasing the company, it would have been a top-3 e-commerce player in the country overnight.

As of last year, Naver had 17 percent of the market, Coupang 14 percent, eBay Korea 12 percent and Lotte Shopping’s Lotte On 5 percent, according to Kyobo Securities.

“Acquiring eBay Korea and integrating it with Lotte’s e-commerce business would place us as the third largest e-commerce operator in a short run,” Kang Hee-tae, Lotte Shopping CEO, told employees on Friday, according to local press reports.

“But a simple integration can’t raise competitiveness. Additional investment would be essential to actually create synergy effects. We concluded realizing synergy effects would be more difficult than we had expected considering the cost and time invested.”

Lotte Shopping may be forced to continue to rely on its physical stores, with the company’s online presence supporting that business. But Lotte Shopping said it will continue to boost its e-commerce business through acquisitions.

We “will actively take part in mergers and acquisitions that are concluded to be necessary after thoroughly evaluating their value,” Kang added. 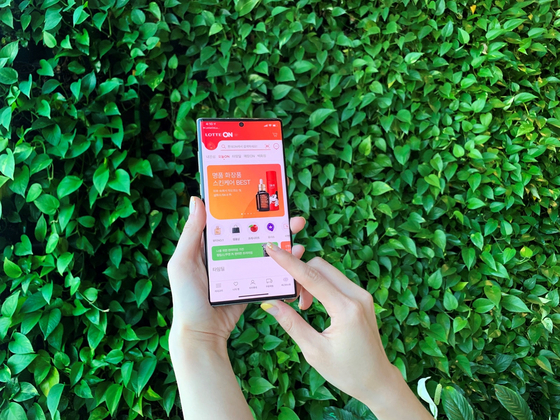 
Yogiyo, a food delivery service, has been rejected as a possibility.

“We are open to all possibilities to acquire a business that is able to create synergy effects,” said Kim Jong-woo, a spokesperson for Lotte Shopping. “But we’re not open to acquiring Yogigo because we internally decided synergy effects created with Yogiyo aren’t sufficient.”

Lotte Shopping also said it may restructure Lotte On to allow the e-commerce team to market and display products of related retail businesses, including Lotte Department Store, Lotte Mart and Lotte Super, to raise business efficiency.

“Lotte On started as an open market platform, and therefore, the marketing and the display of Lotte Department Store or Lotte Mart products on Lotte On has been done by each company,” said Kim from Lotte Shopping. “For us, stabilizing the service has been of utmost importance.”

Lotte plans to stop shutting its offline stores to be able to maintain its sourcing ability and to sell specialized goods to meet the personalized tastes of consumers.

There are now 112 Lotte Mart stores, down from 125 stores as of early last year.