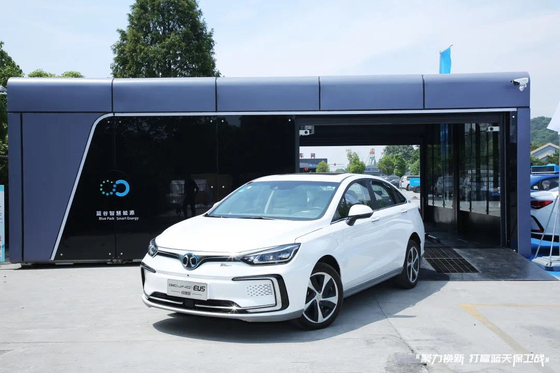 
SK Innovation has invested in a Chinese battery-as-a-service (BaaS) operator in its continuous effort to expand its operations in one of the world’s biggest battery markets.

The size of the deal wasn’t disclosed.

BPSE operates what’s called battery swap stations in Beijing, where taxis or mobility platform operators using EVs can swap their batteries instead of charging them. The method takes three minutes through an automatic machine whereas charging takes approximately 45 minutes. Taxi drivers, who have to drive long distances on a daily basis and may not have time to charge their batteries, could benefit from the service, according to the company.

Battery swap stations could also act as an alternative energy storage system, or ESS, utilizing batteries either being charged or on standby.


SK Innovation expects such utilization of offline branches to be implemented in Korea as well, where it operates the largest number of gas stations.

Meanwhile, SK Innovation has been active in fortifying its foothold in China's battery market.

SK Innovation invested 1 billion yuan in 2013 to set up an EV battery joint venture with BAIC and Beijing Electronics called BESK to amp up its battery supply in the Chinese market.

In 2018, BESK constructed an EV battery factory in Changzhou called BEST, which has a production capacity of 7.5 gigawatt hours, enough to power 150,000 electric vehicles equipped with 50 kilowatt-hour batteries.

BEST is 100 percent owned by BESK.