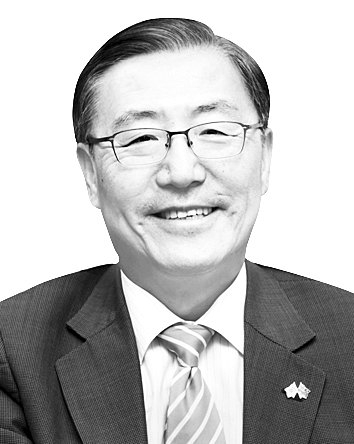 Lee Baek-soon
The author is a former Korean Ambassador to Australia.


Shortly before Joe Biden’s U.S. presidential inauguration, President Moon Jae-in suddenly replaced the foreign minister. The world is closely watching to see how the international order will change in the Biden era and whether U.S.-China discord will ease.

Some say that a new Cold War era has come after the U.S.-China discord in the past four years resulted in decoupling of not only the two countries but also the Western world and China. If the conflict continues, other countries will be faced with the pressure to make a choice. Of course, when making the choice, various factors such as value, security, economic environment and geopolitics of each country should be taken into consideration.

Korea will be faced with a more difficult choice, considering the complex Korean Peninsula issues. Some in the Korean society seem to have a view that Korea could maintain some kind of strategic ambiguity in the Biden administration and keep the paradigm of seeking security with the United States and economy with China.

However, the strategic competition between the United States and China will most likely intensify though the U.S.-China friction may seem alleviated in the Biden administration on the surface. As the fight is a structural one, the United States feels that if China is not being checked now, America’s hegemonic status could be lost.

The Democratic leadership faces criticism and feels guilt for allowing China’s expansion with generous policies in the Obama administration. Therefore, it is likely to deal with China based on principles more than before.

If the Biden administration advocates human rights, democracy and principle-based international order and establishes the anti-China front with allies and friends, China would have a harder time dealing with Biden’s America than Trump’s. But China would not back down and would brace for an extended war because the pressure America feels itself reflects Uncle Sam’s nervousness.

As the U.S.-China rivalry is basically a battle for hegemony, the competition is expected to intensify in the essential high-tech fields, in particular, to take economic superiority.

The United States kicked out China’s state-owned Huawei from the 5G network — and is working to develop 6G network ahead of China — which hints at the possibility of the decoupling accelerating in the ICT field. In that case, Korean companies will be forced to choose one ICT standard and equipment of either America or China, not both.

Moreover, for the formula of “security with the United States” and “economy with China” to be successful, the premise is that China separates politics and economy. But China’s economic retaliation — as clearly seen in the Thaad deployment crisis and the Australia-China dispute — shows that Beijing openly ignores separation of politics and economy. Instead, China uses economic relations as a means to retaliate and push for its demands. As a result, Korean companies have constant uncertainty when they do business in China.

As the Economic Prosperity Network (EPN) and the 5G Clean Path, which America wants to forge with its trusted partners, illustrate, the United States and Western countries began establishing supply and communications network excluding China.

The Biden administration is likely to strongly demand Korea’s participation. If it happens, Korea will be forced to choose between being a member of the U.S.-led network or being excluded. There will be no middle ground.

Of course, an ideal situation for Korea is to return to the old international environment. But if the possibility is slim, it is better to prepare for the worst. When a plan is made, it should be based on a strict reality analysis rather than vague hopes. The Korean government also must understand that you cannot get a greater thing if you don’t give up some of what you have in your hands.