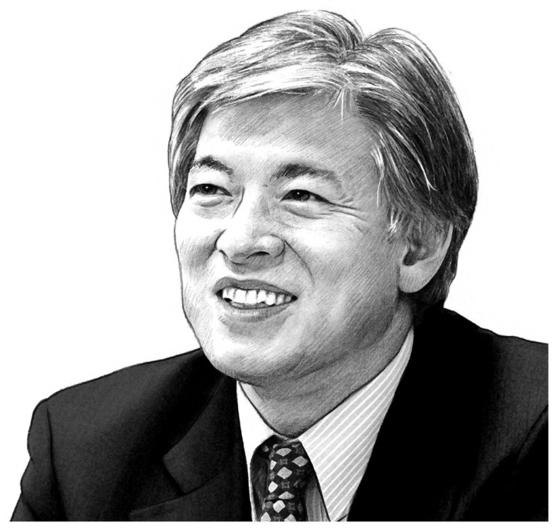 
The author is an emeritus professor and former president of Korea University.


There is only a year left until the next presidential election in March 2022. The two mayoral by-elections, in Seoul and Busan in April, this year will surely serve as litmus tests for the presidential race. The country, exhausted from intense political infighting between the ruling and opposition parties throughout the last four years, must clearly assess the successes and failures of the Moon Jae-in administration before heading into the presidential election.

The last three presidents ended their terms with impeachment, imprisonment and suicide, which brought immense damage on the people. The country is divided and reason lost, while only political banners are flapping in the wind. Divisions continue to run ever more deeply, but our political leaders hide behind banners. Political leadership resolving society’s problems together through compromise and debate is lost as each side, wrapped in their respective ideologies, only seeks to maximize their own interests.

Young Tony Blair emerged to rebuild a wayward British Labour Party by proposing a third way independent of ideology. Chairman Deng Xiaoping paved the way for China to become one of the G2 with his pragmatic brand of thinking, embodied in his proverb: “It doesn’t matter whether a cat is black or white. If it can catch mice, it is a good cat.” Chancellor Angela Merkel, a native of East Germany, embraced pragmatic progressivism in leading Germany and the European Union. All these are the images of leaders who have brightened their countries’ futures.

The Moon Jae-in administration began by presenting a blueprint to transform the country with its purge against “accumulated evils” through reforms of the chaebol and prosecution. It promised to move the presidential office to Gwanghwamun Square, to move closer to the people, and Moon himself promised to be a president of unity and dialogue who even embraces his political opponents.

The Blue House even set up an electronic monitor to check on national employment levels in order to resolve the issue of youth unemployment. Moon advocated becoming the driver of peace on the Korean Peninsula, and said he would promote environment, safety, women and human rights issues. He promised equality and justice. But when we look back, all this was just political rhetoric, and we only remember irresponsible and amateur policies.

Even those who are critical of the ruling Democratic Party (DP)’s past governance respect former President Kim Dae-jung’s efforts to overcome the financial crisis through major reforms in finance, corporations, labor and public spending, and President Roh Moo-hyun’s pursuit of the Korea- U.S. Free Trade Agreement, troop deployment to Iraq and the construction of a naval base on Jeju Island. It was because people saw in them the images of leaders who embrace other ideas by being pragmatic progressives.

Our country can no longer be hostage to uncompromising factions on the right and left as clearly seen in the ultraconservative Taegukki troops and the avid followers of Moon. It is disappointing to see the Seoul and Busan by-elections devolve into vote calculations based on the popularity of candidates or anti-administration sentiment rather than a genuine competition between policy visions for the people. We cannot leave our future up to politicians with only rhetoric but no vision and philosophy, sophistry without clear policies, focused on costs and benefits without principle, and not willing to take responsibility for their own words.

We must be wary of the populism being forged by politicians who trick the people with sweet words. Instead of ad hoc populist policies, politicians must devise pragmatic and detailed policy. Instead of making a law that hands out billions of dollars to the self-employed hit by Covid-19 restrictions, we should think of quarantine methods that can allow them to operate their businesses in limited but regular ways. A government’s competence is defined by its ability to maximize the effectiveness of health measures while trying to limit cash handouts for fiscal integrity’s sake and lessen the burden placed on future generations. Progressive policy is coming up with detailed plans to minimize infection through the use of big data analysis. Handing out money is the easiest way, but it is also the most incompetent policy.

We must end political fights and return to the realm of “life politics.” A real progressive government must emerge that is willing to administer the country through compromise.