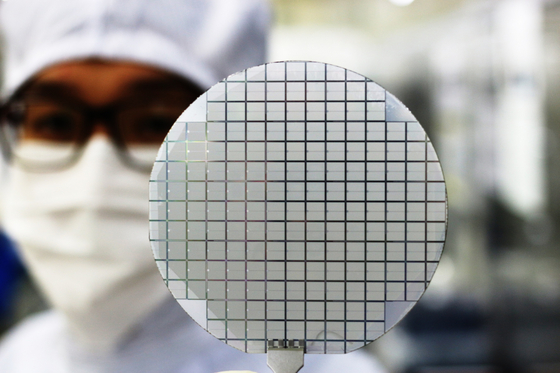 
SK Holdings invested 26.8 billion won ($24 million) into Yes Powertechnix to acquire a 33.6-percent stake in the local chip manufacturer as it bets on next-generation semiconductors used in electric vehicles (EVs).

Yes Powertechnix is the only Korean company capable of producing power chips using silicon carbide — also known as SiC power semiconductors — according to SK on Thursday.

Compared with chips made up entirely of silicon, silicon carbide-based semiconductors deliver superior power switch technology in harsh environments such as in hot temperatures or when dealing with high voltages.

Tesla selected the SiC chip modules for its Model 3’s inverters, as its durability makes it ideal for EVs.

The Pyeongtaek, Gyeonggi-based manufacturer has a production line in Pohang with an annual capacity of 14,400 wafers and owns 23 intellectual property records.

Not only will SK keep on supporting research and development and expansion at Yes Powertechnix, but it's also planning to push collaboration on wafer development and semiconductor research with chipmaker SK hynix.

The investment, the group said, is in line with its stated focus on environmental, social and governance factors.

“Much in the same way that the silicon-based chips formed the basis for the industry, the SiC power semiconductor is the basis for eco-friendly business,” a source at the group said.

“We aim to accelerate management based on ESG mandates through the investment and reduce reliance on foreign producers offering SiC semiconductors,” the source said.