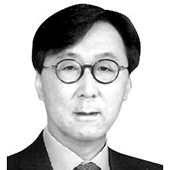 Chang Ho-jin
The author, a former presidential secretary for foreign policy, is a chair-professor at Korea Maritime & Ocean University.

After the launch of the Joe Biden administration in the United States, the future of U.S.-China relations has become the most pressing matter. The U.S. government declared the basic position to restore America’s global leadership through unity of democratic countries.

The United States considers China as a special challenge, acknowledging China’s infringement on American and American company interests. Therefore, Washington will strongly respond to China’s challenges through cooperation with allies and friends.

Many Americans think China only took benefits of America’s appeasement towards China. The prevailing perception is negative, as China challenged and harmed U.S.-led international order rather than accommodating democracy or creating the constitutionalism Washington had hoped for. As a result, the Biden administration cannot but respond to China as firmly as did the Trump administration.

As the United States will likely demand Korea’s participation in Quad (the U.S., India, Japan and Australia) Plus and Democracy-10 (D-10), Korea’s diplomatic response is also noteworthy. If the request is actually made, it’s a challenge. But if the request is not made, that’s also a problem, as it means Korea will be excluded from the united democratic front envisioned by Biden.

In principle, Korea should make decisions based on its security conditions, values and future vision. It is right to realize regional order of mutual cooperation and respect based on the universal values of the Korea-U.S. alliance. At the same time, relationship with China should be wisely coordinated. The challenge is how to skillfully and masterfully handle the difficult task in the diplomatic reality.

As the United States and China do not have a clear exit yet from their rivalry and discord, Korea does not need to rush or be overly transparent. Fortunately, as the real battle is not going to be about taking one side only, it could be wiser for Seoul to approach each issue on a case by case basis. Just like China defines its core interests as a vague concept, Korea needs to adjust values and norms with causes. That way, the counterpart can keep face and have a room to be flexible.

If a detour is possible, promoting regional cooperation for certain values and norms can be possible. If the United States pursue China’s change and participation, it will coincide with America’s position and Korea’s interest.

At the same time, by participating in some issues while putting off certain parts, Korea should display a balance between participation and reservation both Washington and Beijing can be convinced of. Such an example can be found in the discord over navigation rights claimed by the U.S. on South China Sea. Also, for retaliatory measures, preemptive preparation is important. Most of all, it is important to show the determination not to condone great-power chauvinism and unilateral high-handedness.