NTS going back a decade to find gift tax scams

NTS going back a decade to find gift tax scams 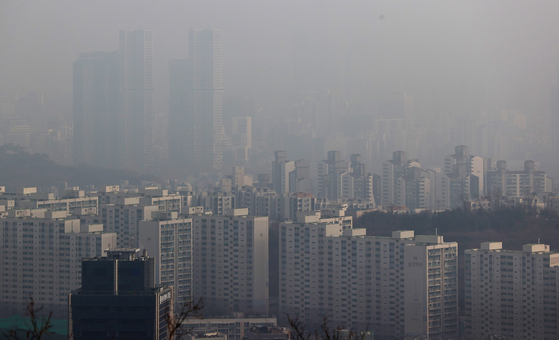 View of apartments in Seoul seen from Mount Namsan on Feb. 1. [YONHAP]

A man is suspected of having transferred an apartment to a child in a manner that allowed for the avoidance of the gift tax.

In the offending transaction, the man moved out of the apartment, allowed for the child to move in, and used his deposit to pay the mortgage. The deposit should have been returned to the man.

The National Tax Service deemed the deposit to be transferred to the child and thus a taxable event.

In another case, a person inherited two supermarkets. The person making the gift lowered the revenue of the property to lower the value of the asset.

Gains from the gift were used to buy a house and an apartment. The tax agency tracked down the funds used to buy the real estate.

In another case, a person received a high-end apartment from the parent and reported the inheritance, but they failed to report the transfer of shares of an unlisted company.

Although it is unclear as to whether it was intentional or not, the person was supposed to have included the shares along with the inherited apartment.

The National Tax Service on Tuesday announced that it has started auditing 1,822 people who they suspect dodged taxes related to real estate inheritance.

One of the key difference from the past is that the tax agency is looking into data dating back a decade.

The NTS said 1,176 people, which is 65 percent of those being investigated, may have improperly filed a report on the inherited property, including failing to add other assets.

Another 531 are people being investigated for not reporting the inherited real estate or lowering the actual value of the property to lower the inheritance tax amount.

Also, 85 are being investigated on the source of funding used in purchasing the inherited real estate, and 30 who paid off the taxes, including the inheritance tax and the acquisition tax, using the funds of others.

The NTS said it has decided to crack down on illegal inheritance as the number of inherited properties, which has been gradually increasing since 2014, hit a record of 150,000 last year.

The NTS noted that the transfers increased in the second half.

While in the first six months of last year, there were 60,000 real estate gifts reported, in the later six months, the total was 92,000.