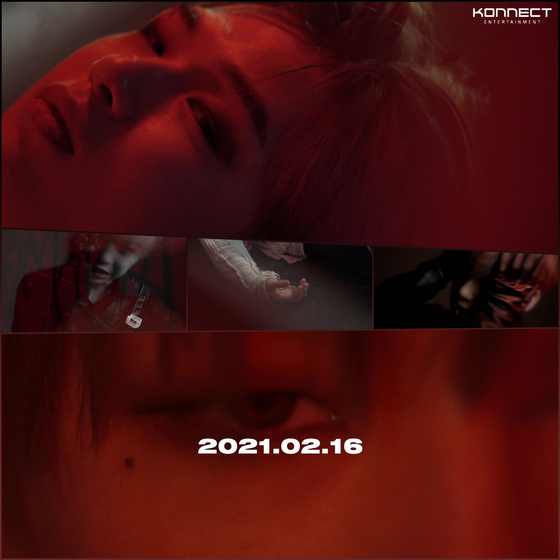 
Singer Kang Daniel will release new music for the first time in six months on Feb. 16, his agency Konnect Entertainment announced through a teaser video uploaded on Monday at midnight.

The video showed Kang fiercely staring into the camera in an empty red room, with no further details other than the date of the new song's release. The lone Kang and the sound of a mysterious whistle amid the silence hint that the upcoming track will be a powerful one.

The single will be the first new music from Kang since his EP "Magenta," which was the second of his "Color" series that he kicked off with the EP "Cyan" in March last year.

Kang debuted as a solo singer in July 2019 with EP "Color On Me" after debuting as a member of project boy band Wanna One in 2017.