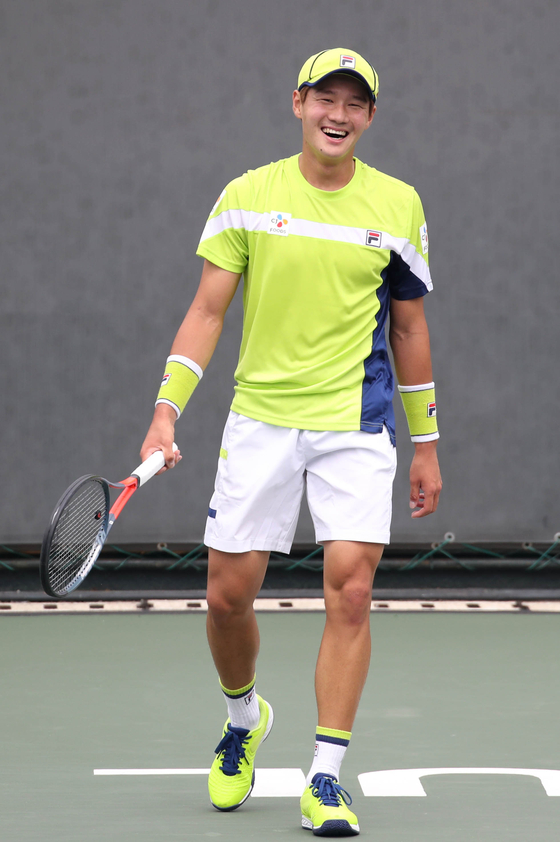 
Korean tennis player Kwon Soon-woo picked up his first win of 2021 at the ATP Great Ocean Road Open on Monday.

After winning the first set, Kwon started strong in the second set, taking a three-game lead. Martin caught up and the set went into a tie-break, with Martin ultimately emerging victorious. The third set also went to a tie-break, with Kwon coming out on top to win the match.

Both Kwon and Martin hit seven aces, but Kwon struggled with his serve at points, hitting five double faults over Martin's three.

Kwon now advances to the Round of 32, where he will face world No. 32 Miomir Kecmanovic of Serbia on Wednesday. The two have never faced each other.

The Great Ocean Road Open is Kwon's second event of 2021, following the ATP Delray Beach Open in Florida in January. Kwon lost his opening game in Florida to world No. 88 Sebastian Korda of the United States.

Kwon was having the best year of his career last year before the coronavirus pandemic interrupted the tennis season. He advanced to the second round at the U.S. Open, his best grand slam performance to date. As a result, Kwon also shot up to No. 69 in the ATP World Ranking.

The ATP Great Ocean Road Open is a prelude to the Australian Open, the first grand slam tournament of the year, set to begin on Feb. 8. This year's Australian Open is being held three weeks later than normal after the tournament was postponed due to Covid-19 concerns.