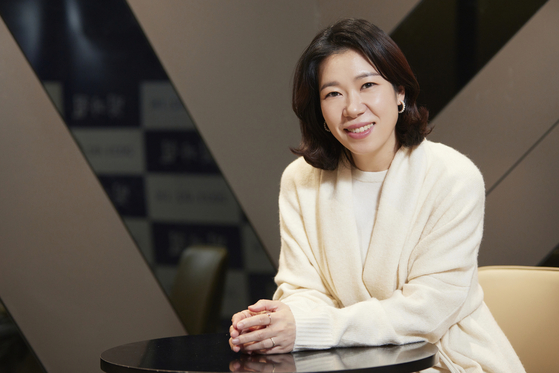 
No matter how big or small, actor Yeom Hye-ran gives her best to every role.

You don’t have to be an avid fan of Korean dramas or films to spot Yeom. Her face appears regularly, such as in tvN series “Guardian: The Lonely and Great God” (2016), KBS series “When the Camellia Blooms” (2019), JTBC’s “Mystic Pop-up Bar” (2020) and most recently, OCN's series “The Uncanny Counter.” The same goes for the silver screen. She debuted in “Memories of Murder” (2003) and has taken on numerous roles including in “Black Light,” which is set to premiere this Thursday.

“Black Light,” for which she won her first best actor prize at the Jeonju International Film Festival last year, follows the success of "The Uncanny Counter." For the series Yeom took on the role of Choo Mae-ok, the leader of a crew that work as noodle shop employees by day and demon hunters by night. It was Yeom's first time taking on lead roles in both a television series and a film.

Actor Yeom Hye-ran portrays Young-nam, a woman who is trying to get on with her life after her husband has a serious car accident. [FILM NEW WAVE]


In “Black Light,” Yeom depicts Young-nam, a nutritionist at a factory that must support her husband who is in coma after a car crash. Initially, Yeom’s character is deemed to be a victim after a police investigation concluded that another driver was responsible for her husband’s accident.

But five years on, Young-nam encounters the wife of the man believed to have caused the accident and questions that remained unanswered start to unravel.

In an online interview with press on Wednesday, Yeom defined her role as one which “any actor would have been tempted to portray.” 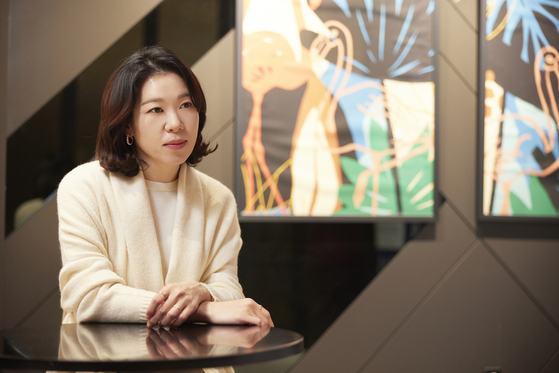 
“She [Young-nam] doesn’t show her feelings,” Yeom said. “If I had to describe her as an image, she’s like the eye of a typhoon. It’s so calm and quiet but simultaneously uncertain. I got the impression that she was walking toward this big typhoon that’s coming her way head on, and I felt that there was much I could show through her character.”

“She is hard as ice on the outside, but within that, water flows and by just touching it, it can break and she may plunge into deep water,” Yeom described. “She knew that her husband was going through an immensely difficult time before the accident, but she just buried all her suspicions and continued her life with her daughter... Her wounds are not fresh. To some it may look like she’s given up or she’s gotten used to her situation, but [that’s only because] she kept her emotions tucked inside of her.”

The actor was also drawn to the film for its portrayal and perspective on female characters.

Five years after the car crash, Young-nam meets Hee-joo, the wife of the man who caused her husband's accident. [FILM NEW WAVE]


“I don’t think I’ve ever seen a film like this before,” Yeom said “I mean, in other [female-centered] narratives, the women were special: They were either career-driven professionals or in peculiar circumstances which had them filled with grudges and regrets. But this film is about ordinary women leading ordinary lives. Even if they’re labeled as wives of the assailant or the victim, they are leading their own lives and how the film deciphers these people’s stories was mesmerizing.”

Yeom initially began her acting career in theater in 1999, and it took her two decades to land a leading role. It's only in recent years that the actor has become a familiar face to audiences. But her years of hard work have paid off and her experience has taught her what characters are a good fit for her skills.

Yeom likes to think of the characters as people who actually exist in this world and her role is to become a spokesperson for them.

“I had this very powerful experience while acting,” she said. “It was during a play where I felt that the character that I portrayed was standing right next to me on the stage. It was such a shocking experience, and after that I came to think of my characters as not make-believe but those who are actually living their own lives somewhere in this world.

“I think the role of actors, if I’m to borrow a famous saying from Juliette Binoche, is to be able to confess love to a piece of wood,” Yeom continued. “And after being in the theater for a long time and crossing over to the big and small screens, there were more moments when I had to act even if my counterpart wasn’t standing right next to me. A tip that actor Na Moon-hee shared with me was to act as if the camera is a person. This helped me a lot, but I think it’s the kind of homework which I will never actually finish and must continue working on.” 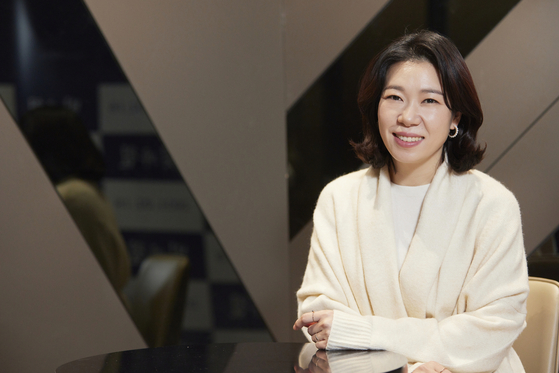 
Due to the success of the OCN series, it looks like the cast, including Yeom, will feature in a second season. The success of the series still surprises the actor who said she never expected such a response.

“I think that’s one of the attractions of this profession,” she said. “You never know what will strike a chord with the audience. It’s like the Korean saying ‘you never know which cloud contains the rain,’ and it makes me promise myself once again that I will be committed to every role I play.”