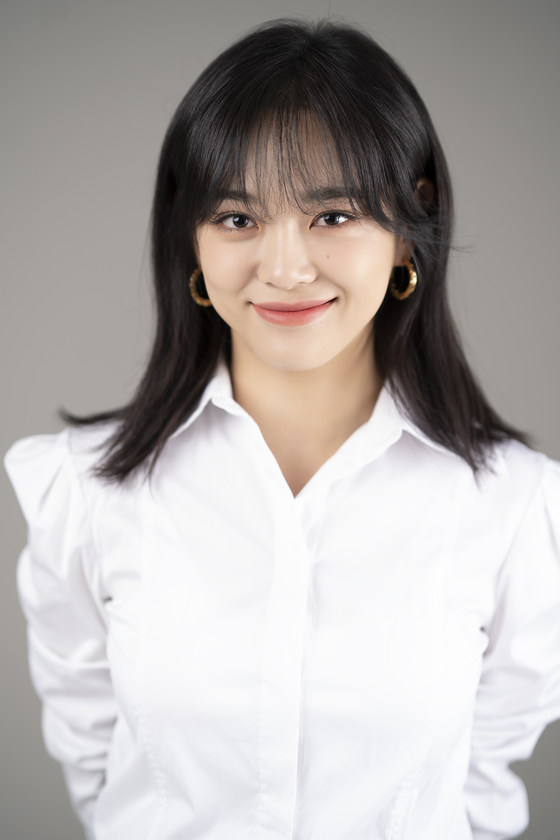 
Cable channel OCN’s action drama “The Uncanny Counter” wrapped up record-breaking viewership ratings, but rather than feeling sad that the show was over, actor Kim Se-jeong says that she knew “it wasn’t the end.”

“It was strange but I really didn’t feel sad when it ended. I think it’s because I was certain that this would not be the end. There might not be a second season, but it will continue in some form,” said Kim Se-jeong in an email interview with the JoongAng Ilbo, an affiliate of the Korea JoongAng Daily.

“The Uncanny Counter” is a sci-fi action flick based on the webtoon series “Amazing Rumor” on Daum Webtoon, where a team of exorcists called “counters” is connected to the underworld through a special spirit force named “Yung” that gives them supernatural powers to fight off evil spirits that commit crimes in the real world. The series aired its last episode on Jan. 24, and recorded an 11-percent viewership — the highest ever achieved by OCN.

In “Counter,” Kim plays the role of Do Ha-na, a psychometric counter who has the ability to read the past by touching a place or an object and uses her powers to track down bad guys. Her character is not just worlds apart from the singer persona she’s been showing since debuting as a member of project girl group I.O.I in 2016 after winning a spot in the final 11 of Mnet’s audition program “Produce 101,” but it’s also far from the softer roles she’s landed on other drama series such as KBS’s “School 2017” (2017) or “Let Me Hear Your Song” (2019). 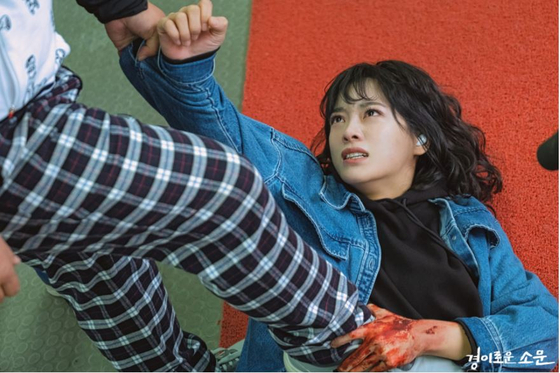 Scenes from cable channel OCN's drama ″The Uncanny Counter″ where actor Kim Se-jeong takes on the role of Do Ha-na, a mysterious exorcist with psychometric powers. [OCN]


In the drama, she remains straight-faced while taking on the baddies all the while serving noodles at a restaurant which also acts as the counters’ hideout. She is also strict in her teaching of the main character So-mun (actor Jo Byeong-gyu). This is a defensive mechanism that Do has built for herself, after losing all her family members. Initially, she is afraid to let anyone in, but slowly learns to interact with the other counters and lets her walls down.

“The history that has created her personality may be dark, but I didn’t want [my character] to look like a gloomy child,” she said. “I thought that it would be good for the dark side to just naturally ooze out. I think it’s charming to see that she’s only a child who’s acting tough and is only willing to let her feelings out with the counters.”

When asked what scene was most memorable for her, Kim chose the part where she spoke to her late sister and told her, “I’m sorry.”

“We shot the scene where my sister died right before we did that scene. That made me tear up even during rehearsals. I think it came out better than the rehearsal.”

It may have been her first action project, but she says the physical strain was not challenging — it was the best part of the shooting. The days with the action scenes were “the most exciting” for her, and she prepared for them by controlling both her body and mind. 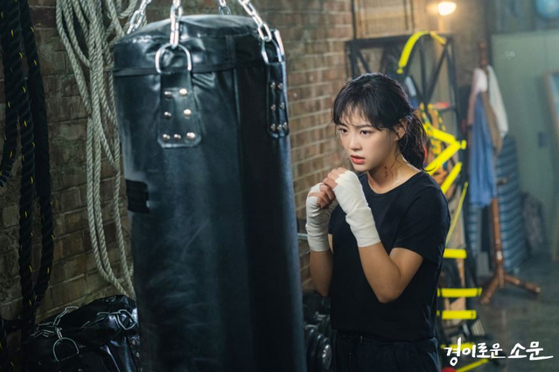 Scenes from cable channel OCN's drama ″The Uncanny Counter″ where actor Kim Se-jeong takes on the role of Do Ha-na, a mysterious exorcist with psychometric powers. [OCN]


“I think the success of an action scene depends on practice, poise and how much of it I have learned,” said Kim. “I would warm up and move my body to memorize the moves, then try to suppress my emotions so that I would be calm once we started shooting. I think my stamina is my strong point. I can stay awake regardless of how tired my body is and I don’t get tired as long as I’m having fun. I felt so pleased with every new move I could pull off and I kept thinking, ‘This is so fun, I want to keep doing this.’”

Just like Do Ha-na’s psychometric powers, counters each have their special gift, like Ga Mo-tak (actor Yu Jun-sang) with his super muscles, Chu Mae-ok’s (Yeom Hye-ran) abilities to heal and So-mun’s speed. And off set, each of the actors had their own superpower just like the story, according to Kim.

“Yu Jun-sang is able to bring laughter to each and every scene, and Yeom Hye-ran has the funniest jokes,” she said. “I feel sometimes that life would be so much better with laughter, not just work, and I think that’s how they act. And Jo has the power to bring everyone together. I actually have this line — I build a wall and draw a line from everyone else without even thinking about it. But he always approaches other people so comfortably. I’ve learned a lot while working with all of them.” 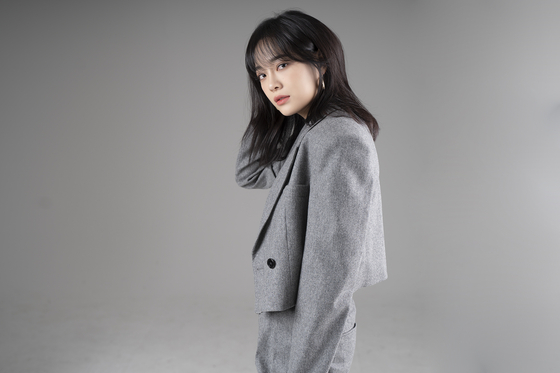 
Kim’s friendly demeanor and positive vibe that she has often shown on screen may give off the impression that her life is all sunshine and daisies, just as her song “Flower Way” (2016) said, but Kim confessed that she, just like her character Ha-na, was once a young child who was afraid to open up to new possibilities and risk getting hurt. Her roles in “School 2017” and “Let Me Hear Your Song” were enough to win her high praises from critics, but the low viewership rating was a blow to her ego.

“I stopped expecting more because I didn’t want to get hurt, just like Ha-na,” said Kim. “I think this is actually my first step. ‘The Uncanny Counter’ allowed both Ha-na and me to grow.”

Her first group I.O.I dropped plans for a reboot and her other group Gugudan recently disbanded, but Kim says that she's not ready to give up singing just yet.

“I’ve always got an album in mind — I think I will sing again someday,” she said. “When I’m acting, I miss the stage. When I sing, I want to act. So I’ve decided that I’m not going to try hard with one thing. I’m going to give my best to all of them. I always thought that dreaming of something would mean I have to give up something else, but I’ve learned through [actor] Yu Jun-sang that I don’t have to. I always dream about challenging myself in all fields like [singer] IU and I want to grow to be someone just like Yu, who doesn’t give up on anything.”