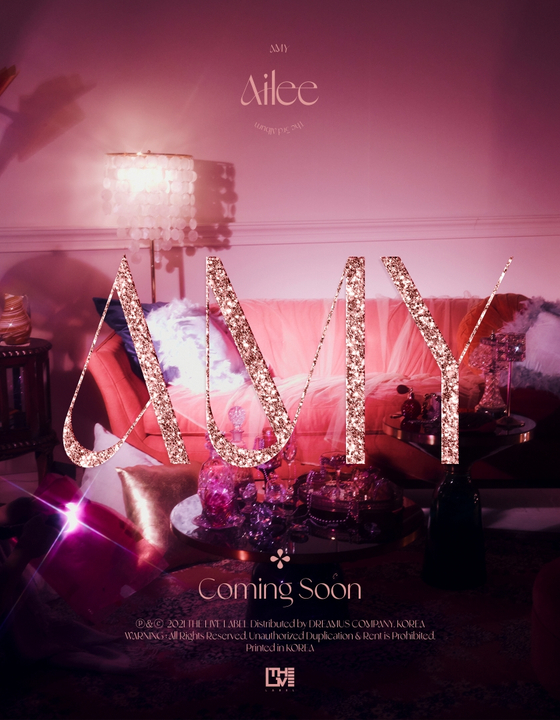 
Singer-songwriter Ailee will drop her third full-length album “Amy” on Oct. 27, her agency The L1ve said on Thursday.

On the same day, The L1ve uploaded an image on social media announcing Ailee's new album. It is her first release since she signed up with The L1ve, a label led by rapper Ravi of boy band VIXX.

Ailee debuted in 2012 with the song “Heaven,” and her powerful vocals helped her rise to stardom.