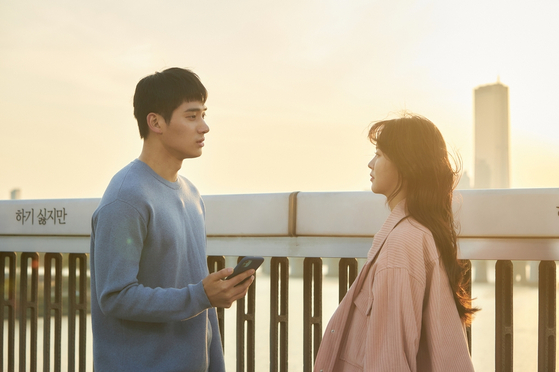 A scene from the second season of the Netflix series ″Love Alarm.″ [NETFLIX]


The second season of popular Netflix series “Love Alarm” will drop on March 12, the global streaming platform said on Monday.

Based on the Daum webtoon by author Chon Kye-young, the story revolves around romantic relationships formed through an app called “Love Alarm.” The app automatically picks up romantic emotions and sends an alarm if your crush is within a 10 meter vicinity.

Actors Kim So-hyun, Song Kang and Jung Ga-ram will continue to portray the lead protagonists involved in a love triangle.