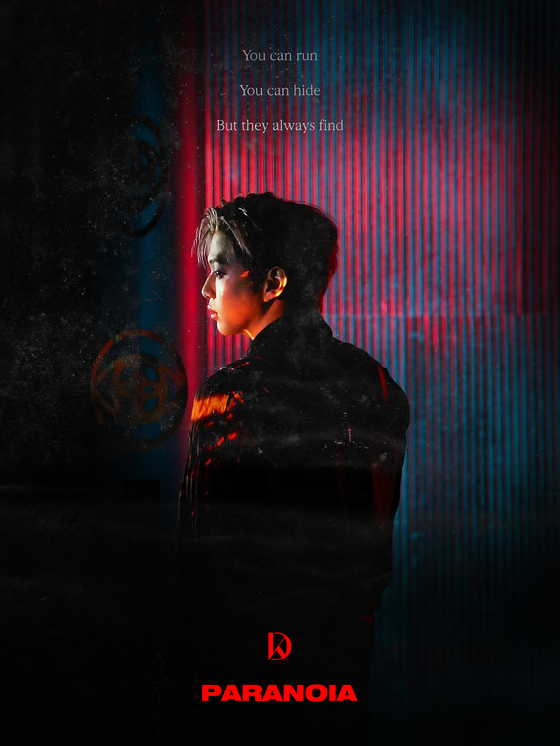 
Singer Kang Daniel will drop his new single “Paranoia” on Tuesday at 6 p.m.

Kang’s agency Konnect Entertainment revealed the final teaser image for the upcoming single on Tuesday morning, prior to the release.

The image featuring Kang reads: “You can run,” “You can hide,” “But they always find.”

Kang wrote the lyrics for “Paranoia,” expressing the struggles he experienced throughout his career. The choreography and music video will also visualize his internal struggles, according to Konnect Entertainment.

Kang joined forces with electronic producer Inverness and singer-songwriter Anthony Russo for “Paranoia.” The three have previously worked together on Kang’s 2020 EP “Magenta.”

Kang debuted as a member of boy band Wanna One in 2017, which was formed through the second season of Mnet’s hit audition program “Produce 101.”

After the group disbanded in early 2019, Kang began his solo career with his EP “Color On Me” released in July 2019. He has sold an aggregate of over one million copies of his past three albums.