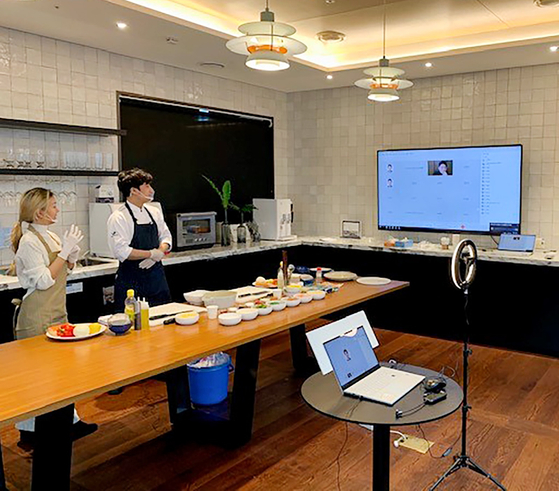 SK Innovation employees hold an online cooking session with new hires. Starting from this year, the company added cooking session into its online training for new employees so they can develop a closer relationship with others when face-to-face meetings are restricted due to the coronavirus pandemic. [SK INNOVATION]


Kim Ka-hyun, who was hired by SK Innovation last month, still hasn’t had a chance to meet her colleagues. The company's training sessions for new hires started five weeks ago, but the full-day sessions have been held online due to the coronavirus pandemic.

According to Kim, she meets 110 colleagues through a video-conferencing platform every day from 9 a.m. to 6 p.m.

The coronavirus pandemic has changed how companies train their new hires. In Korea, new hires usually receive a few weeks of training before they actually jump into the real work. The period of training varies by industry.

Large companies have shifted all their training sessions for the new employees online since the second half of last year, mainly due to the concerns over the spread of the virus.

Some 40 new employees of Korean Air Lines, who were hired last year but with start dates postponed due to the virus outbreak, have finally been receiving training since Jan. 15, but online.

“We’ve been offing training to our new hires in an untact [contactless] way,” a spokesperson for SK Innovation said on Tuesday. “Since the interviews were also held online, we were only able to meet the new employees face-to-face just once during the first day of training.” 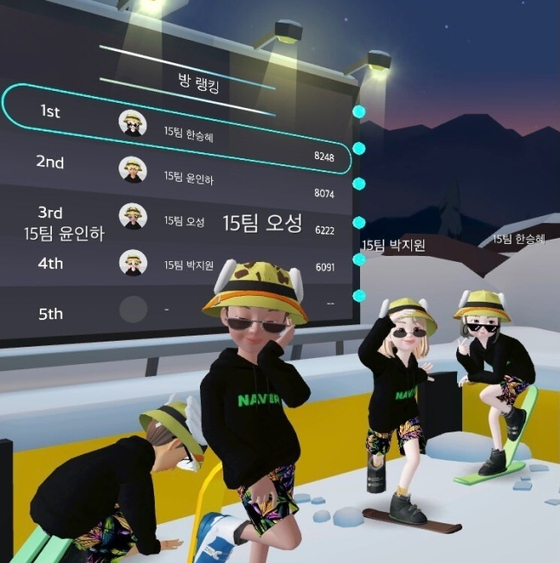 
Financial companies are no exception.

“The new hires used to have two-months of training camps,” said a spokesperson for The Industrial Bank of Korea (IBK). “But the training sessions have been held online since last year.”

As the pandemic continues, companies have been making all efforts to come up with various and well-prepared online training sessions that can fully train new hires and offer them a chance to communicate with others.

In the case of SK Innovation, new hires are offered online lectures and chances to prepare and deliver presentations online and receive feedback from executives.

“In order to enhance team work among new hires, we prepared a session that offers new employees a chance to eat, work out, and cook together with their colleagues online,” said the source from SK Innovation. “Some 110 new hires log in to the platform at a time and communicate actively with each other.”

Big IT companies are even offering augmented reality (AR) and virtual reality (VR) services for their new employees.

The company also has its own social media Band, and allows the new hires to have an active communication with the existing employees through it.

But some companies are still raising concerns over the current situation that online training is inferior.

“Since current online training sessions are less effective than offline sessions, we’ve been constantly trying our best to develop new sessions that work well in the untact era,” said a source who is in charge of training new hires at a company. “Since online training has some limitations, I think additional training is essential for the new hires after the pandemic ends."

New hires, however, seem like they are quite satisfied with the current system.

“I worried if I could have a proper communication with people through online training sessions, but it was better than I expected as all new employees and trainers actively participated in the session,” Kim said. “I was able to fully learn and understand about the company’s vision and its business strategies even through it was online session."