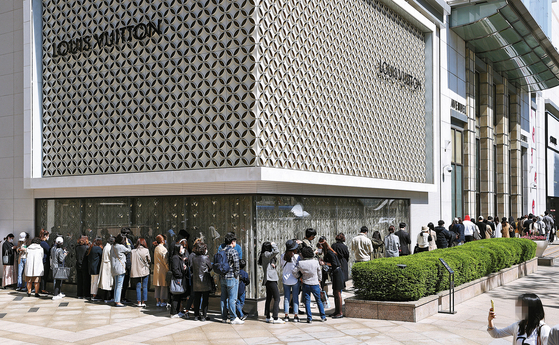 Customers line up in front of the Lotte Department Store's main branch in Jung District, central Seoul, on May. [YONHAP]


Unable to travel due to the prolonged coronavirus pandemic, young Koreans have found a new way to fill their time and spend their money: Golf.

According to KB Kookmin Card, sales at golf courses between March and May last year — when social distancing guidelines were first announced — rose 10 percent compared to same period a year earlier, with spending increasing dramatically for people in their 20s and 30s.

According to data from e-commerce operator Gmarket, purchases of customized-golf clubs by people in their 20s and 30s in the first half of last year soared by 47 percent compared to a year earlier. During the same period, sales of golf accessories increased by 29 percent and golf clothing rose by 22 percent.

Meanwhile, on-year sales for middle-aged people increased only 13 percent during the same period.

Imported vehicles and luxury goods were other sectors that young people have started splurging on. 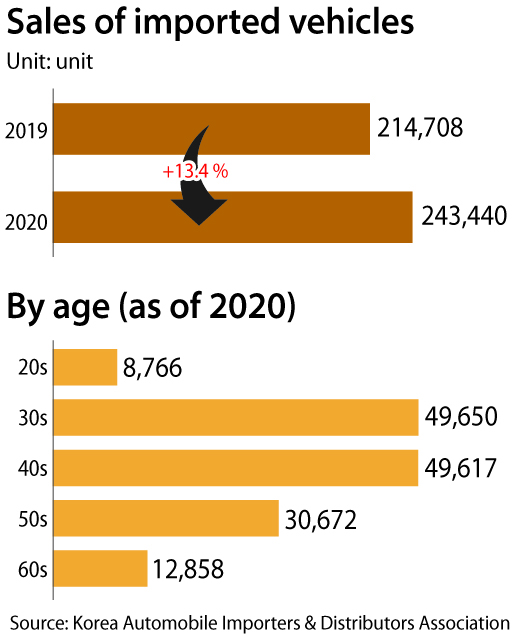 A total of 243,440 imported vehicles were sold in Korea during January-to-November period last year, up 13.4 percent compared to a year ago, according to data from the Korea Automobile Importers & Distributors Association. Of 154,501 individual purchases, some 38 percent, or 58,416, were purchased by people in their 20s and 30s.

Sales at department stores last year were also largely led by young people, especially those in their 20s and 30s who purchased luxury goods more often after the coronavirus outbreak.

Of all customers who purchased luxury goods in Lotte Department Store, the number of young people in their 20s and 30s accounted for some 38.2 percent in 2018. It increased to 41.4 percent in 2019 and reached some 45 percent last year.

But critics argue that more people in their 20s and 30s splurging on expensive products reflects a growing wealth gap.

According to a report published by the Korea Employment Information Service, the Gini coefficient in the first half of last year was 0.306, which is higher than the 0.294 during the same period a year earlier. The Gini index — which ranges from 0 to 1— is a barometer for wealth distribution and a higher Gini coefficient indicates a wider income gap.

The index is likely to increase faster, particularly among people aged 29 or under. The Gini coefficient of people in that age group in the first half of last year was 0.214, up 0.017 year-on-year. During the same period, the index increased only 0.011 for people aged between 30 to 54 and 0.014 for people who are 55 or above.


“In order to solve the inequality issue among young people, a macroscopic approach is urgently needed to solve the education and income gap between young people and the high unemployment rate of university students who studied humanities compared to people who studied other fields,” said Koo Jeong-woo, a sociology professor at Sungkyunkwan University. “But I don’t see any government efforts to solve this issue at the moment.”