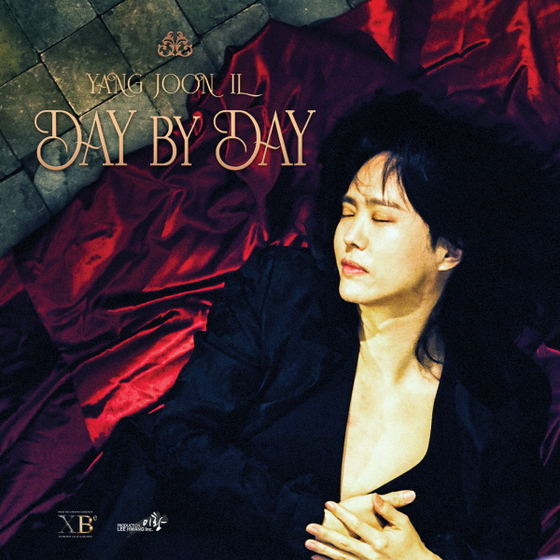 
Yang Joon-il will release his new mini album "Day By Day" on Monday at 6 p.m., according to his agency Production Lee Hwang.

The mini album consists of eight tracks including the lead song "Let's Dance" along with unreleased songs "Sha-la-la" and "Day By Day [translated]" from 2000. Yang wrote the lyrics for all the songs, and American composer Val Gaina, who worked with Yang since 2001, took on the role of composer.

Yang, a Korean-American, debuted on the Korean pop scene in 1991 with the song "Rebecca." He then re-debuted as a member of the band V2 in 2001. Met with lukewarm success, he worked as an English teacher for 14 years before returning to the Unites States in 2015.

He was considered to be a long-forgotten 90s singer until old videos of him performing gained popularity on YouTube between 2018 and 2019. A suddenly renewed interest in Yang led him to be invited on numerous Korean TV shows, including his 2019 appearance on the JTBC show "Two Yoo Project - Sugar Man" which sparked his second heyday. His digital single "Rocking Roll Again" released in August 2020 was his first release in 19 years.

"Yang made this album thinking about the 19 years it took to meet his fans again," said the agency.

Yang wants to cheer up his fans who are taking life day by day, the singer said via his agency. According to Production Lee Hwang. the lead track "Let's Dance" talks about how Yang missed his fans during his 19-year hiatus and thanks them, as well as his hopes to overcome these difficult times and start fresh together.