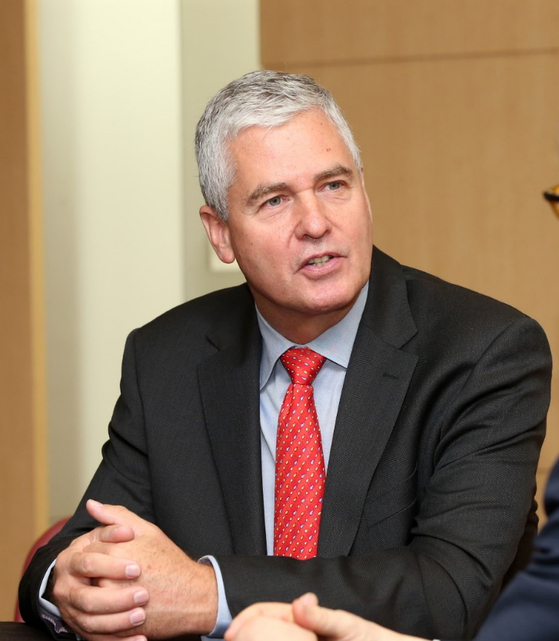 Frank Rijsberman
The author is director-general of the Global Green Growth Institute.


“People living in the world’s poorest nations do not concern themselves with the environment, or the latest figures on carbon emissions; rather, they wake up each day wondering if they will be able to feed their children,” said Hazrat Mirza Masroor Ahmad, who was the leader of the Ahmadiyya Muslims on March 17, 2017.

Over the past 40 years that I have worked on environment and development issues I have often heard statements like the quote above. Hungry people don’t care about the environment. While this claim may be true, in the sense that poor people have many competing priorities, it should not be used as an excuse to ignore the environment and climate action in international development cooperation, like the Official Development Assistance, or ODA. Climate has evolved from an issue of primarily academic interest that might affect future generations, to the defining crisis of our time, particularly for those in developing countries.

While poor people may have many competing priorities, it has been demonstrated beyond doubt that poor people are also the most affected by air pollution, floods, droughts, cyclones and climate change impacts generally. Over 2 billion people do not have access to clean, sustainable energy for cooking, and suffer from indoor air pollution as a result. The World Health Organization estimates that air pollution causes seven million deaths each year, 1.6 million as a result of indoor air pollution - over half of those children under five years of age. Of the 25 million climate refugees in 2019 the overwhelming majority were poor people in developing countries. Poor people in developing countries are aware of the climate crisis. A survey of farmers in South Africa in 2017 found that over 90 percent was aware of climate change, more than two-thirds had experienced major climate events and at least half had implemented response strategies themselves.

They have no car, don’t use airplanes, have no air-conditioning - in fact, two out of every three Africans do not have access to electricity. So, it is only fair that developed countries, that did emit the greenhouse gases that caused the climate crisis, have committed to support developing countries to adapt to climate change. Rich countries promised poor countries to transfer $100 billion per year in climate finance. Half of this money should focus on reducing emissions. The other half should focus on supporting poor people in developing countries to adapt to climate change, and avoid the worst impacts of floods, droughts, and cyclones, avoiding many millions more joining the ranks of the climate refugees.

While the total climate finance provided to developing countries rose to $78.9 billion as estimated by the Organisation for Economic Co-operation and Development (OECD), 70 percent of that went to reducing emissions (mitigation), and only 21 percent to adaptation. That $16.8 billion focused on climate change adaptation is just peanuts compared with the $10-12 Trillion mobilized by governments to deal with the fall-out of the pandemic.

Some governments, like those in Europe and in Korea, are using the opportunity to recover from the Covid-19 pandemic to “Build Back Better.” This approach is to not just recreate what was there before the pandemic, but instead use the opportunity to accelerate the transition to a greener economy and step up climate action. That is embodied in the Green New Deal that both the EU and Korea have announced, and that is also embodied in the pledge to de-carbonize the economy to reach net-zero emissions by 2050. That pledge for net zero is the best chance remaining for the world population to escape the worst climate change impacts. 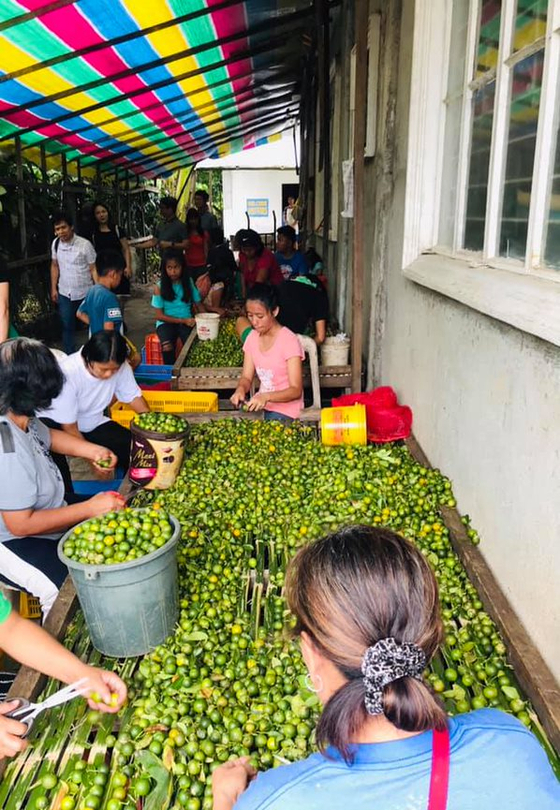 
GGGI was established to support its member governments in this transition to a green growth development model. We are demonstrating to our members that a green recovery is in their best interests. We have shown that implementing power sector pathways that are compatible with the nationally determined contributions to the Paris Climate Change Agreement for emerging economies like Mexico and Indonesia can create millions of green jobs. In other words, recovering from the pandemic can go hand-in-hand with stepping up the pace to net zero by 2050. Not only for the EU and Korea, but also for emerging economies such as Indonesia, Mexico, Philippines, Vietnam and Thailand - all key contributors of greenhouse gas emissions that have not yet bought in to net zero and are heavily relying on fossil fuels to power their economy.

For the least developed countries or for the small island states in the Pacific and Caribbean, creating green jobs and becoming more resilient to climate change is a higher priority than reducing emissions. But renewable energy is also a great technology to increase energy access for those two out of three African that still cook on open charcoal fires. Renewable energy can bring solar powered light and appliances such as fridges and freezers to off-grid hotels in small island hotels to grow their tourism business. Escaping from poverty, reducing their in-door air pollution, and doing so in a low-carbon manner. For these countries there are many other priorities that combine a green recovery with climate action - from solar powered irrigation and climate smart agriculture to rehabilitation
of degraded ecosystems such as forests or peatlands.

GGGI is supporting 12 of its member countries this year with their plans and projects to green the recovery and, where possible, develop their own Green New Deal. We have developed recommendations for a model Green New Deal that is similar to those for the EU and Korea but has a much stronger focus on green jobs created through climate smart agriculture and nature-based solutions.

The OECD tracks whether ODA is focused on environment and climate change. It tracks five issues that overlap to a large extent: The environment, climate mitigation, climate adaptation, biodiversity and desertification. The total amount of bilateral development aid (not counting multilateral flows through the UN and similar) that focuses on the environment is $35 billion of $113 billion, or 31 percent. The total supporting climate is $29 billion, or 26 percent (and remember that these two figures mostly overlap, they cannot be added up). As noted above only about 20 percent of total climate finance ($78 billion), or $16.8 billion, focuses on adaptation, but as the private sector climate finance is almost exclusively focused on mitigation, it does follow that roughly half of all climate ODA is linked to adaptation.

Leading providers of green ODA are mostly European countries (France, 67 percent; Germany, 42 percent; Sweden, 47 percent; Britain, 42 percent), and also Canada (42 percent) and Japan (48 percent). The European Union institutions green ODA share were slightly above average, at 34 percent, in 2018, but with the EU Green New Deal becoming the backbone of the green recovery for Europe and the “green growth strategy” across all EU policies, this is expected to increase. The formal target for the green share of the EU’s ODA has not been set yet, but European development partners are arguing that it should be at least 50 percent green, for both environment and climate finance combined.

The environmental bilateral ODA provided by Korea stood at 10 percent in 2018, against an OECD average of 33 percent; and the climate finance amounted to 7 percent, against an average of 26 percent. The Korean ODA, in short, is far less green than the average, and lags even further behind the leading providers of green ODA, by a factor of over four times.

In the Conference on the Status and Prospects of the Green ODA of the Republic of Korea held on Feb. 19, Vice President of Koica Jae-Shin Park, did recognize that the green ODA of Korea should increase, and he indicated that it may double in years to come. As can be seen from the numbers above, oubling the green ODA from Korea would be a good step, but it would keep Korea well below the average of other ODA providers, even in 2018, let alone the leading providers at that time - or the increased green share that we may expect to see out of the EU institutions.

To green Korea’s ODA in line with its leadership on a Green New Deal and its net zero 2050 pledge, the following is recommended:

1. Increase the green ODA target to 50 percent. The green ODA (environment and climate finance combined) of Korea, counting all sources, Koica, KDB, Exim Bank and Ministries should at a minimum be increased to the average of other OECD and ODA providers (31 percent in 2018), and as Korea aims to be a leader in Green New Deal and net zero-related policies that percentage should increase to well over 40 percent, as other leading providers already achieved in 2018. True leadership from Korea would be reflected in a target of 50 percent green ODA by 2050, or about five times the current share.

2. Prevent harmful spending. Korean ODA programming instructions should include an obligation that 100 percent of programs are climate and environment-proof and resilient. That implies that Korea should no longer finance any fossil fuel projects internationally, for example.

Implementing these three recommendations offers Korea the opportunity to transform its position from a green ODA laggard to a Green ODA leader. - Frank Rijsberman